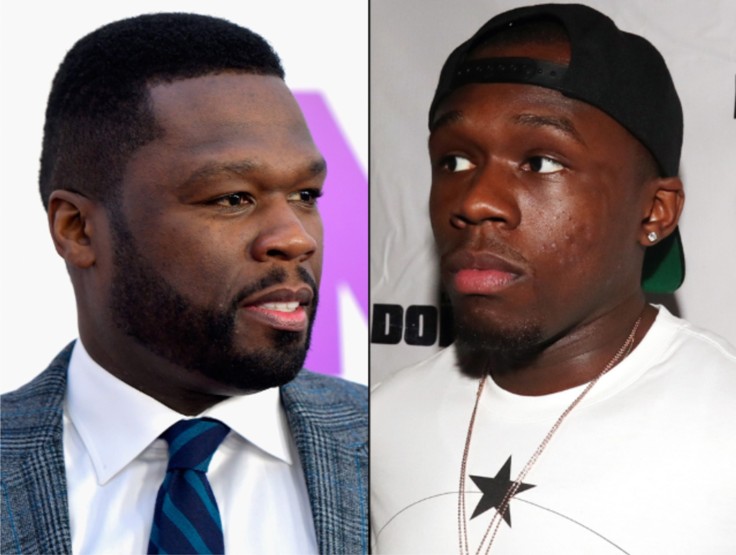 50 Cent has said he’s been doing everything possible to make peace with his eldest son Marquise Jackson, 22, but the boy has refused to have a relationship with him.

50 Cent and his son have been known to go at each other online and 50 has sometimes directed his savagery at his son. Before Marquise turned 18, 50 was known for going on Instagram to troll the boy’s mother, saying he will soon be free from paying child support and her meal ticket will be gone.

But the rapper wants peace now and he revealed during an interview with Big Boy’s Neighborhood in Los Angeles that he has made attempts to make peace with his son but the younger man always curves him.

50 Cent was mainly speaking about his Movie, Power, and music and other things in the entertainment industry but he was asked during the interview: “What is your relationship like with your eldest son, Marquise?”

And he responded, “I don’t really have a relationship with him, it’s an unfortunate situation.”

Fifty Cent claims it was a feeling of “entitlement” that caused their relationship to fall apart. The rapper claims that Marquise’s mom programmed him over years, to feel like his father never did enough for him. He said over time Marquise began to resent him and ignore all the things he did for him.

50 was asked, “When was the last time you talked with Marquise.”

And he replied, “We don’t talk. But this is by [Marquise’s] choice. I’ve gone places where he was to try and talk with him.”

50 hopes that someday their relationship can be salvaged. He added that he’s committed to fixing things.

Watch the interview below.