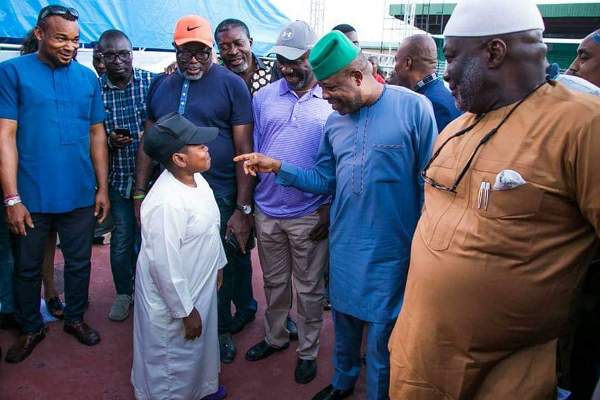 Nollywood actors Osita Iheme and Kanayo O. Kanayo who are both from Imo state joined the Governor-Elect, Rt Hon. Emeka Ihedioha at the final inspection of Dan Anyiam Stadium and the Ahiajoku Conference Centre, the venue of the Sworing-in/Inauguration of the 6th Governor of Imo State which will take place on Wednesday, May 29th.

The Senator-Elect of Imo East Senatorial District(Owerri Zone) and the Honourable Member Representing Owerri Federal Constituency Hon Ezenwa Francis Onyewuchi was also there with the Governor-Elect.

The Governor Elect and the Senator-elect was conducted round by the Chairman Inauguration Sub- Committee on Works/Venue Engr. Emeka Chukwueke.

According to line-up of activities released earlier by the Inauguration Committee, the Swearing-In Ceremony starts today, Sunday 26th May with the Interdenominational Church Service at the Grasshoppers Handball Pitch (Dan Anyiam Stadium) at 12 Noon.