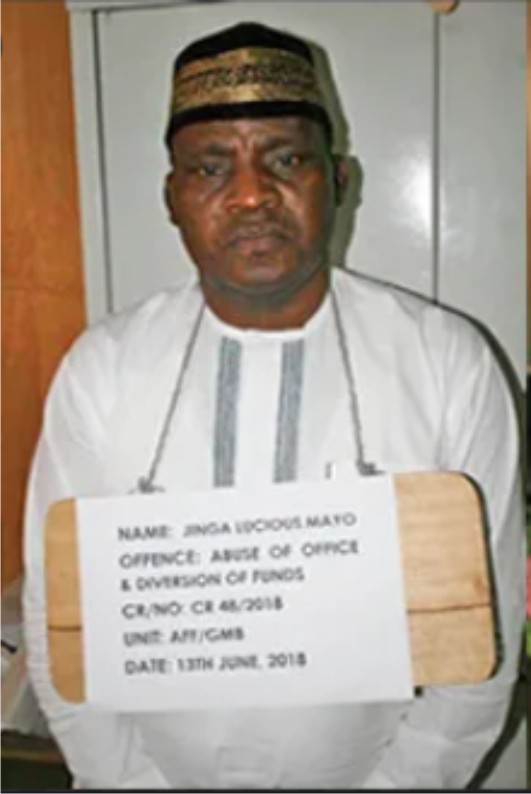 Former Executive Secretary of Adamawa State Christian Pilgrims Welfare Board, Bishop Jingi Mayo has been sentenced to 5 years in prison for diverting N69m meant for the board.

Jingi who was the executive secretary of the board between 2016 and 2017, was handed the prison sentence after being arraigned before a Adamawa State High Court by the Independent Corrupt Practices and other Related Offences Commission (ICPC).

The money the cleric diverted, was meant for the operation committees of the 2016 Christian Pilgrims operation to Israel.

Jingi was handed the prison sentence without an option of fine by Justice Nathan Musaon Monday March 23, after being found guilty ofdiverting government money and making false statement to the officer of the Commission.