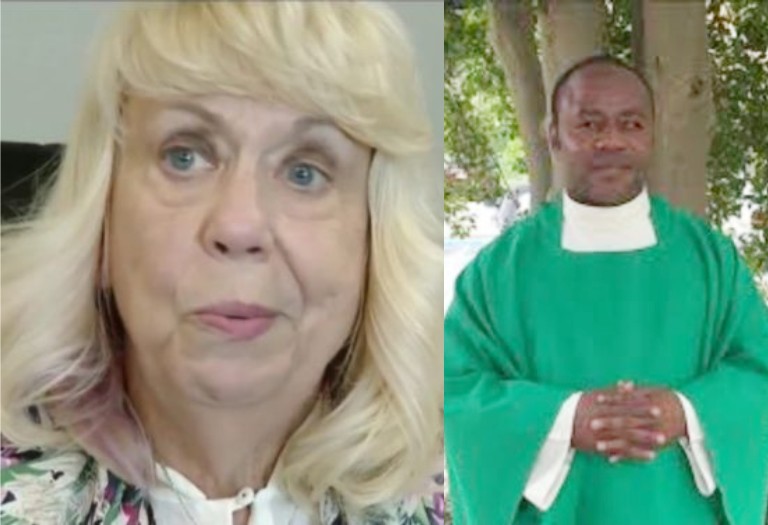 A 68-year-old American woman named Kathy Coll has sued a Nigerian Catholic Priest, Fr. Cyprian Duru for allegedly raping her in 2016 while he was serving at her Ross Township parish.

Kathy Coll who is a retired teacher sued Fr Duru together with the Catholic Diocese of Pittsburgh, Bishop David Zubik, and St. Teresa of Avila Roman Catholic Parish, her Ross Township church in a 13-count suit.

Coll said her life changed for worse after the sexual assault by Father Duru, who was studying at Duquesne University and assisting her North Hills parish at the time.

Coll claimed that the diocese failed to properly vet Duru before assigning him to a parish where she and others were asked to give support and assist to a predator priest from a region where clergy were known to prey on older women.

Coll, a retired high school English teacher and Eucharistic minister who sang in the choir, claimed that the church heard complaints from others about Duru’s inappropriate behavior toward older women, but failed to act quickly and later neglected to explain why Duru was removed from ministry after she reported her assault.

“I spent 2 ½ years trying to get someone to listen to me,” Coll said. “No one was listening to me, so I decided it was time to say I want to make something happen here.”

While Duru who remains at Duquesne on a student visa could not be reached for comment, WTAE Pittsburgh reported that a spokesman for Allegheny County District Attorney, Stephen Zappala disclosed that Trib prosecutors met with Ross Township Police, Coll and her attorney to go over the case. A spokesman for the Pittsburgh Diocese insisted the church was never made aware of any other allegations against Duru, and have been supportive of Coll.

“When the Diocese of Pittsburgh learned of the allegation against Cyprian Duru, he was immediately removed from the parish where he was in residence and his faculties were suspended,” said diocesan spokesman the Rev. Nicholas Vaskov. “He cannot function as a priest or dress in clerical attire. He is not in active ministry in the Diocese of Pittsburgh.” He said the diocese also alerted Duru’s bishop in Nigeria of the allegations.