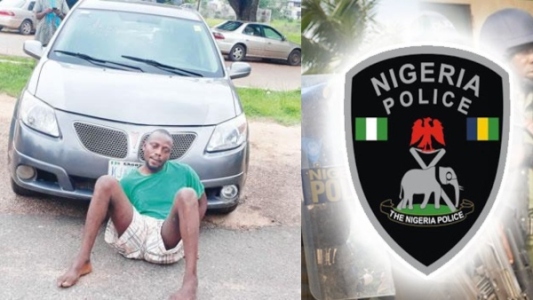 An angry driver allegedly killed his employer’s wife in retaliation for being sacked. The 37-year old driver identified as Morenikeji Adeyemi confessed to his crime when he was paraded by the Oyo State Police Command in Ibadan.

The suspect confessed that he lost his new baby after he was sacked because there was no money. He was so hurt that he decided to look for a way to get back at his former employer. He took advantage of the woman’s spiritual needs, lured her out of the house and strangled her in the bush.

Shina Olukolu, the Oyo State Commissioner of Police, who paraded the suspects at the command headquaters in Ibadan, said the suspect was arrested at Sango Ota in Ogun state where he had relocated to after committing the crime.

Adeyemi said in his confession:

I was hurt when my boss sacked me. That time, my wife just had her baby and because there was no income anymore, we lost the baby.

So, I thought of a way to get back at him, because it was so painful. My boss’s wife had once told me about her spiritual challenges, and I had promised to take her to a place for prayers.

I was able to use that as a premise to lure her and I told her that I was taking her to a place Awe along Awe/Oyo road. We took her car and along the way, she said she was pressed, so she went into the bush, I followed her and strangulated her by the river in the bush. I then took her vehicle and ran away, before I was arrested two weeks ago.”