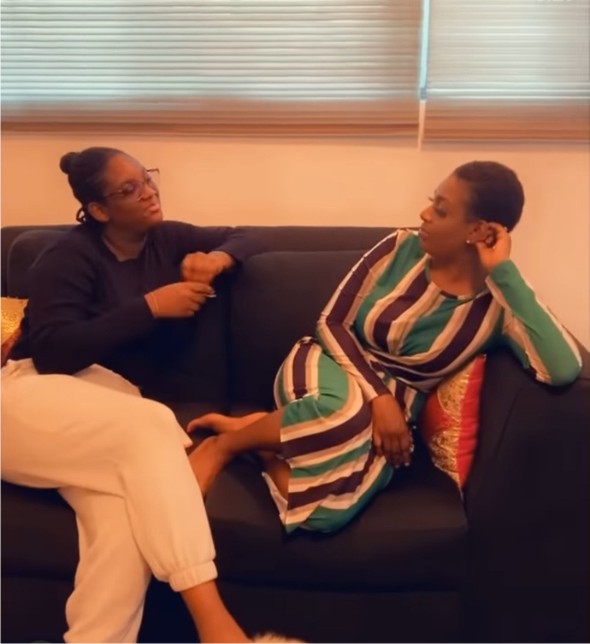 Nollywood actress, Annie Idibia has slammed a follower after he said Ned Nwoko, the billionaire husband of Regina Daniels should not be allowed to see her first daughter, Isabella Idibia.

Annie shared a video to her instagram where she was having a chat with her 12-year-old daughter, after which she stated in her caption that she was a proud mum and talked about her daughter’s achievement.

She also said her daughter, Isabella who looked bigger than her age took her father, Tuface Idibia’s height.