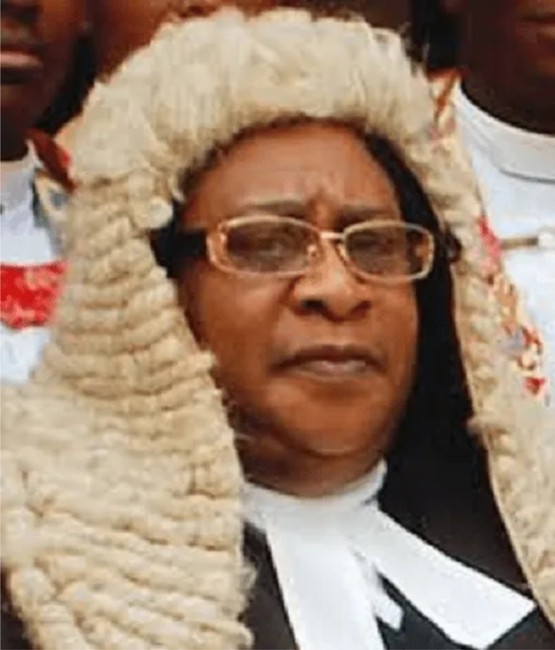 Justice Okon Abang of the Federal High Court in Abuja has been ordered by the Court of Appeal to withdraw from the trial of former governor of Benue State, Gabriel Suswam.

The appellate court also ordered that the case file be returned to Justice Ahmed Mohammed, who presided over the case from the beginning.

The former Governor who is now the senator representing Benue North-east Senatorial District in the National Assembly, was first arraigned in 2015 alongside the Commissioner for Finance in his administration Okolobia Okpanachi, on a N3.1 billion money laundering charges.

The case was reassigned by former Chief Judge of the Federal High Court, Adamu Kafarati to Mr Abang after Mr Mohammed recused himself twice from the case following a publication which accused him of receiving bribe to give Mr Suswam a ‘soft landing’.

Suswam’s lawyer, Chinelo Ogbozor challenged the reassignment and also pointed out that she is not aware that Mr Mohammed disqualified himself from the case as no prior notice was given.

Justice Emmanuel Agim who delivered the lead judgement at the court of appeal on Wednesday February 19, commended Mr Abang for how he handled the case so far but stated that Mr Mohammed was wrong to have withdrawn from handling the case.

Agim averred that though section 19 of the Federal High Court Rules gives the Chief Judge the power to assign cases, the power must be exercised properly and not recklessly.

He said; “Unfortunately, the chief judge did not exercise his discretion correctly. The re-assignment of the case to Justice Abang amounted to a transfer in a matter that was part heard.

“Four witnesses had already testified and an accused person is entitled to a trial within a reasonable period of time.

“The action of the chief judge is an administrative one and therefore, proceedings by justice Abang cannot amount to a nullity.

“The federal high court is one court and the Jjudges are the same. It is within the administrative powers of the chief judge to re-assign cases and any judge has the jurisdiction to hear to cases assigned to them by the Chief Judge of the court.

“Justice Abang has no powers to challenge or question the chief judge. He has a duty to take a case assigned to him and deal with it. He did what the law allowed him.

“In fact, if the ruling of Justice Abang did not touch on the reasons given by justice Mohammed to rescue himself, this appeal would have no life.

“Abang has shown commendable diligence in the trial. But since Justice Abang went to determine the propriety of Justice Mohammed’s recusal from the case, the appeal has live issues.”