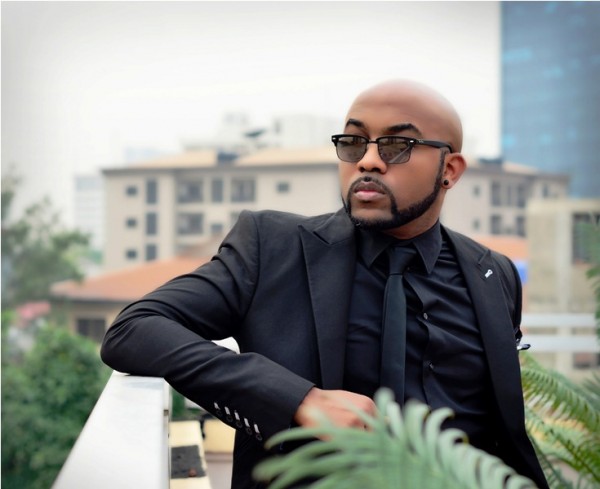 Weeks ago, Music legend, 2face Idibia accused the chairman of Copy Right Society of Nigerin (COSON) of corruption. He said it was criminal for COSON to demand and collect royalties on behalf of members and requested that an independent audit be done on COSON’s bank accounts.

Fast forward to Today, Singer and politician, Banky Wellington has joined 2face to call for an independent audit of COSON’s account and urged the chairman, Chief Tony Okoroji not to see his overstayed position as a retirement home.

Read what Banky W wrote below.

If we don’t take steps to hold men in power accountable, we lay down the red carpet for them to abuse it.

COSON is the Copyright Society of Nigeria (our collecting society), and it has recently been embroiled in all kinds of public & legal battles. 2 weeks ago @official2baba called for an Independent audit of COSON’s bank accounts. Allegations abound that the society went from spending 1m on security in 2017, to 31m in 2018, as well as rumours of Directors paying themselves as consultants and contractors for the Society’s events…so much so that the NCC has now suspended COSON’s operating license.

We’ve seen so many of our icons ascend to the highest heights, only to end up in illness and abject poverty, because their Intellectual Property was never properly paid for. In Nigeria, most musicians are only as wealthy as their last performance. There’s a reason why the catalogues of Michael Jackson and the Beatles are worth billions of dollars, while many of our greatest creators are left to rot, after their moment in the Sun.

A COSON that works would mean a producer like ID Cabasa would be PROPERLY compensated for co-creating Gongo Aso. It would mean that OJB Jezreel (RIP), producer of “African Queen”, wouldn’t have needed crowd-or-celebrity-funding to pay his medical bills.

2Baba is completely justified as a pioneer, living legend and major stakeholder in our Industry, to request that our society’s accounts be audited. I found the response to his request to be belittling and insulting… with the Chairman claiming that 2Baba was just trying to be on @efeomorogbe’s side, because Efe is his manager and many members have voted for Efe to replace him.

Chief Tony Okoroji has been Chairman of COSON since 2009, and has spearheaded many important strides taken. However, a leadership position in society must not be allowed to become a potential retirement home.
The truest test of a man’s character is not when he is faced with adversity, but when he is given power. I’d like him to agree to the audit, and also put in limits on how long anyone can be in power. I hope he remembers Goodluck Jonathan: sometimes, your legacy in power is determined by how you hand it over.