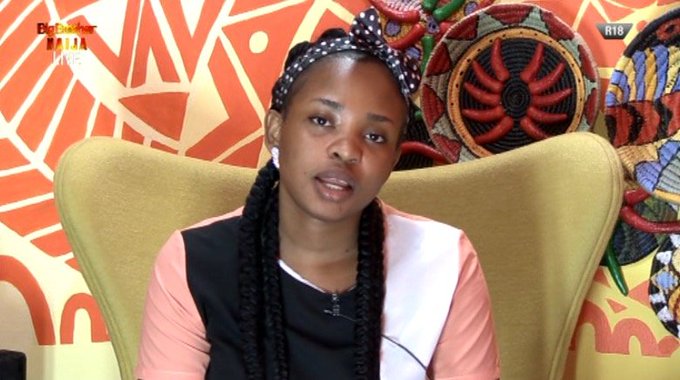 Cindy has won the Head of House Challenge and emerged this week’s Head of House, winning 250 Bet9ja Coins and the immunity privilege.

The Housemates with the least balls on the hula-hoop sticky tape by the end of the timer emerges as the Head of House.

Frodd, Diane, Cindy and Mercy got the least balls stuck on their hula-hoops. For this reason, they were Tasked to a simple challenge of filling the test tube.

The four qualifiers were provided with a teaspoon and test tube each. For this challenge, they were only required to use the teaspoon provided to fill their test tubes.

For this tiebreaker, the Housemate who fills a test tube to the brim fastest wins the tie.

For filling her test tube to the brim the fastest, Cindy emerged as the winner of the Head of House battle.

She did not only walk out of the Arena with 250 Bet9ja Coins in the bag, but also left with Mike as her chosen room partner.