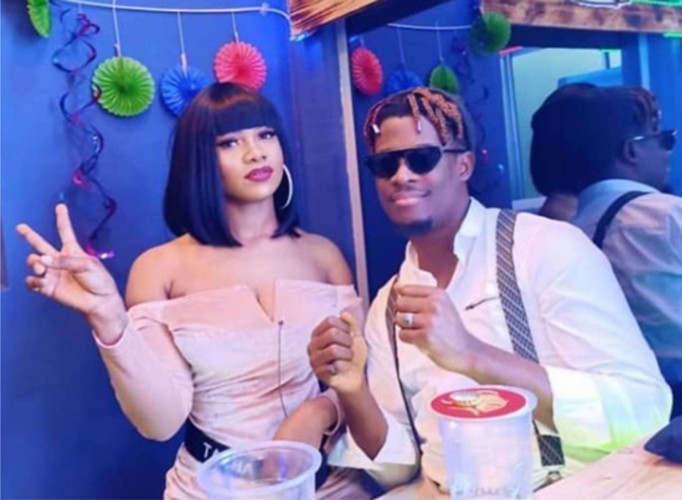 While the supporters of Tacha in Port Harcourt trooped out today, Saturday on a street rally to drum support for the housemate, her supporters in Lagos clashed with supporters of Seyi in Lagos, as they were campaigning for their preferred Big Brother Naija housemate.

According to the official BBNaija Twitter handle, the clash occurred at the campaign ground in the National Stadium, Surulere.

In the video, the fans could be seen holding banners of their favourite housemates, as well as wearing branded T-Shirts bearing photo and name of the housemate.

One of the fans was heard saying in pidgin English, “Na we get Lagos” (meaning, ‘we own Lagos’) while pointing at a banner of Seyi.

It should be noted that Seyi is from Ogun State, while Tacha is from Rivers State. Housemate Mike is the one, who is an indigene of Lagos State.

Tacha who is also known as ‘Port Harcourt City First Daughter’ has always boasted of having an ‘army’ of supporters who are solidly behind her.

The photos from the rallies held today, may be a confirmation of her claims and a tip on why she keeps topping the voting chart most of the times she’s been put up for eviction.

See photos and video from the rally in Port Harcourt Below.