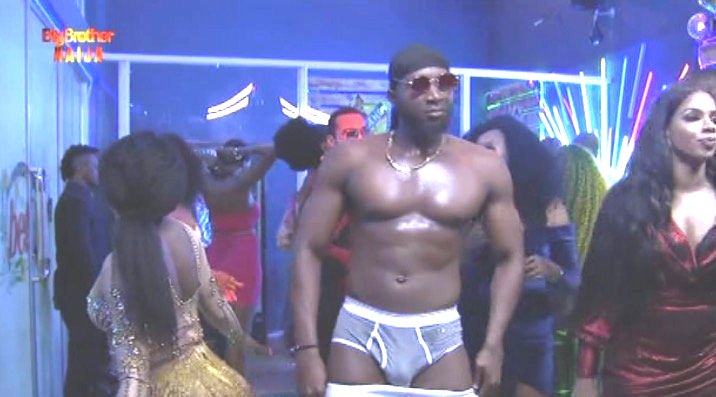 Former Housemate, Tuoyo gave viewers of the show more for their entertainment last night during the Last Saturday Night Party of the 2019 Edition of Big Brother Naija Reality TV Show.

Big Brother had surprised the final five housemates with a reunion with former housemates at the party.

Tuoyo who had said during his stay at the house that he works as a stripper decided to give viewers a peep into what he does by pulling down his trousers and putting his eggplant on display.

The face on Venita when he did that was something else. Watch videos below.