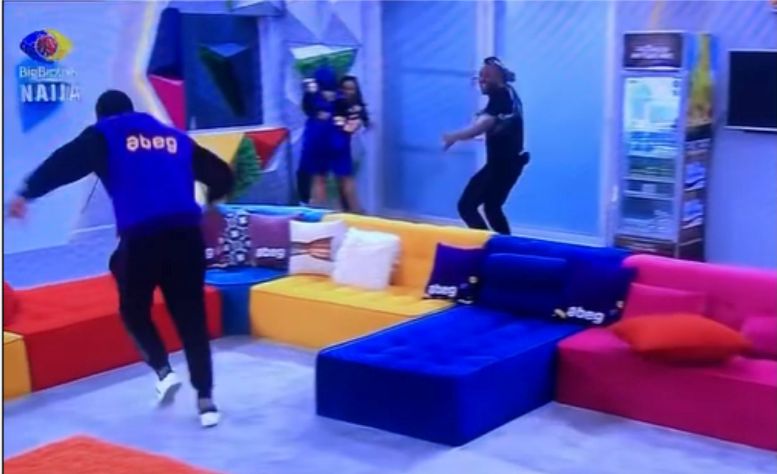 Pere and Angel have reunited with other housemates ahead of the finale of the 6th edition of the Big Brother Naija reality show which will take place on Sunday October 3.

Recall that on Sunday, during the eviction show, Pere and Angel were removed from the house in a way that made other housemates believe they had been eviction.

However, after the two completed that tasked assigned to them, Biggie gave them a pass to be among the top finalists.

The video below captures the moment they reunited with other housemates.