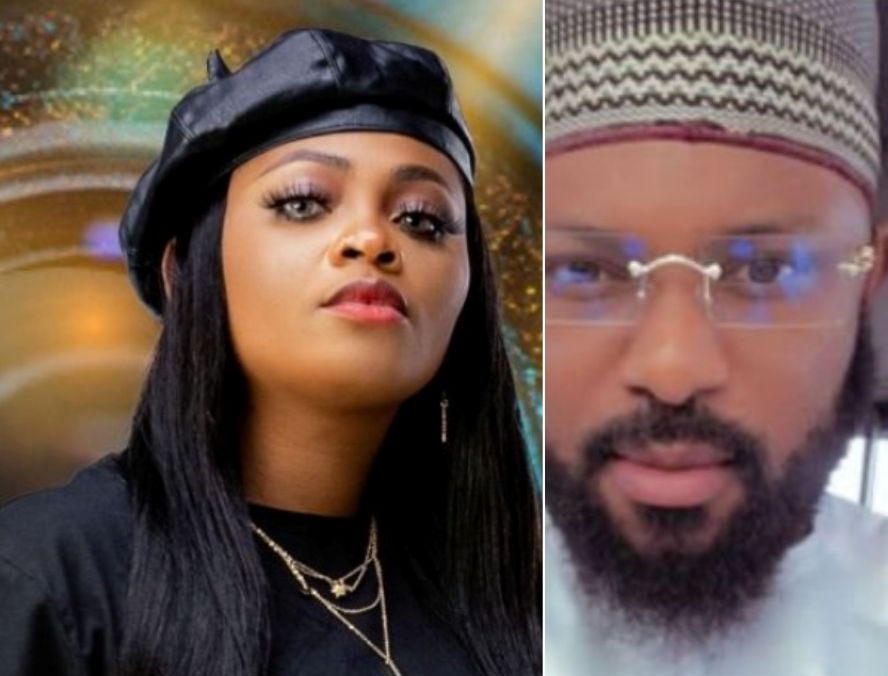 Tega’s husband has reaced after his wife, a contestant on the Big Brother Naija reality show,  allowed a fellow housemate to suck her breast on live TV.

During the Truth or Dare game in the Big Brother Naija House on Sunday, Tega allowed Saga suck her breast for 10 seconds while the housemates counted down.

Later, the breast sucking episode was discussed among housemates.

This trended online and some bashed Tega for allowing a man suck her breast despite being married with a son.

Tega’s husband has now reacted. He defended his wife, saying she’s an actress playing her role.

He added that that’s the content he signed up for and he encouraged people to subscribe and watch the show.

He then professed his love for Tega.