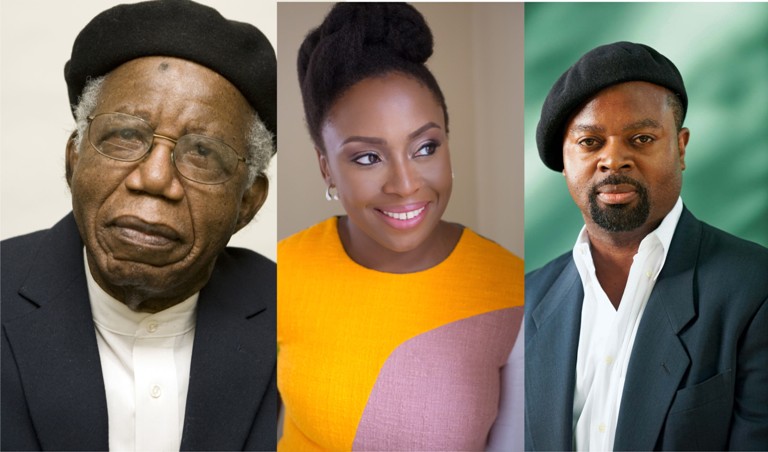 Chinua Achebe, Chimamanda Ngozi Adichie, and Ben Okri’s are the three Nigerian authors whose books made it into the List of 100 Books that shaped our world.

Half of a Yellow Sun by Chimamanda Ngozi Adichie, Things Fall Apart by Chinua Achebe and Astonishing the Gods by Ben Okri were all listed in the BBC’s list of “100 Novels That Shaped Our World.” .

The books considered are English language novels written over 300 years ago, compiled by a panel of leading writers, curators and critics.

Chimamanda Ngozi Adichie’s Half of a Yellow Sun and Chinua Achebe’s Things Fall Apart fell in the same category, identity while Ben Okri’s Astonishing the Gods came under the life, death and other worlds.

Ms Adichie shared the goodnews on her Facebook page, saying:

“Half of A Yellow Sun” by Chimamanda Adichie has been named in the BBC’s list of “100 Novels That Shaped Our World.” The list covers English language novels written over the past 300 years.