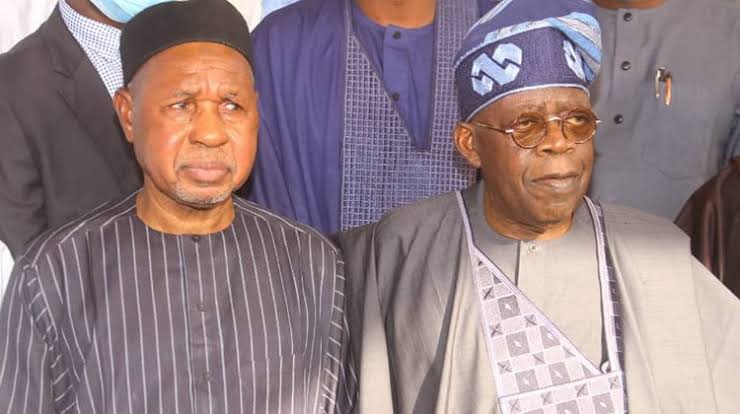 The Presidential candidate of the All Progressives Congress (APC), Bola Ahmed Tinubu has reportedly submitted the name of Kabir Ibrahim Masari to the Independent National Electoral Commission (INEC) as his running mate.

Daily Post reports that it was part of the plan to beat the Friday June 17 deadline given by INEC to political parties to submit the names of presidential candidates and their running mates.

It was also reported that the name of Masari, who hails from the home State of President Muhammadu Buhari, would later be changed after the party stakeholders agree on the suitable vice-presidential candidate for the 2023 elections.

The publication quoted a party source that confirmed that Tinubu has submitted the name of his running mate, but added that “consultation is still ongoing”

Tinubu will today meet President Buhari as consultation continues on the issue of his running mate.

There have been strong opposition against a Muslim-Muslim ticket which the party seems to be planning to roll out.