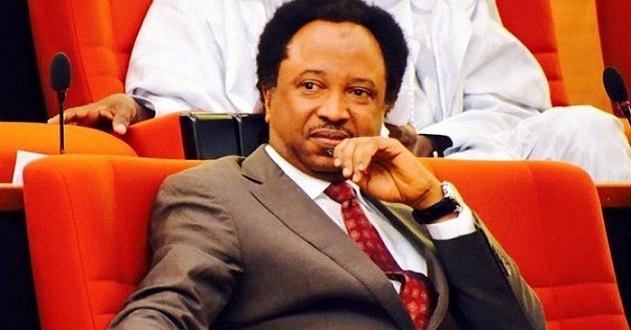 This was made known in a statement on Sunday by Shehu Sani’s Senior Special Adviser, Suleiman Ahmed.

EFCC had arrested Senator Sani last week for allegedly extorting Sani Dauda, owner of ASD Motors, promising to pass it on to Ibrahim Magu, acting chairman of the anti-graft agency.

Sani, who represented Kaduna central senatorial district between 2015 and 2019, also reportedly said he could assist Dauda in influencing the outcome of some cases using his connection with Muhammad Tanko, the Chief Justice of Nigeria (CJN) and some other judges.

CJN Tanko had distanced himself from Sani, saying he has never had anything to do with the former Kaduna central lawmaker.

However, Sani in a statement last Thursday described his arrest and detention by the EFCC as unfair, unjust, prearranged and politically motivated.

The former lawmaker stated that the allegations against him was an attempt to dent his image as a result of his criticism of the current government.

The political activist denied talking to Sani Dauda about any form of bribe or gratification to be given to any judge or any EFCC official.

Responding in a statement on Friday, EFCC acting spokesman, Tony Orilade, insisted that the Sani has a case to answer.

He said: “Let it be stated clearly, that Senator Shehu Sani has questions to answer as regards the alleged involvement in name-dropping, and particularly that he obtained $25,000 from Alhaji Sani Dauda, the ASD Motors boss, in order to help shield him from investigations being carried out by the EFCC.”

In new developments, Suleiman Ahmed revealed that the former lawmaker was “forced to declare his assets”.

He wondered why the EFCC has not detained Sani’s accuser “who admitted to giving bribe” and why it has not invited “Alhaji Samaila Isa Funtua who was mentioned in the frame up against Shehu Sani?”

“Mr Orilade, what is the connection between allegations of extortion of $25,000 and then searching his residence, blocking his accounts and forcing him to declare his assets?” he asked the EFCC.

The other questions Sani’s aide posed to the EFCC in the statement are:

What can you say on the allegation that the accuser of Shehu Sani can neither read nor write; that it was the EFCC that guided him on what to say?

We have in (it) on record that Shehu Sani’s accuser has no pending case with the Supreme Court, how comes did he give (gave) Shehu Sani bribe to give the CJN?

We have it on record that Shehu Sani’s accuser has no pending or ongoing case with the EFCC, how comes did he give (gave) Shehu Sani bribe to give the EFCC or its chairman?

It is not enough posting statement about Shehu Sani. If you have any evidence or fact, why not post it now?

You said people defending Shehu Sani are doing it for pecuniary gain, are you defending EFCC for free?

Mr. Toni Orilade should stop lying and threatening people. If you have any cheque or draft or anything to show please do so.