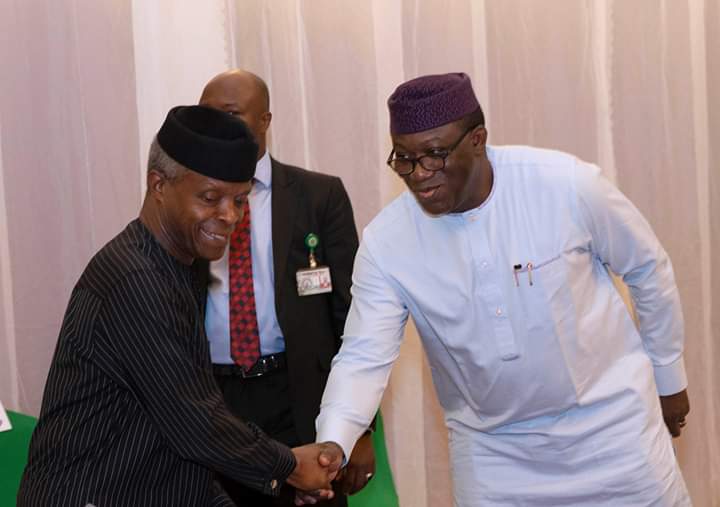 The Federal Government and South-West governors have reportedly reached an agreement on Operation Amotekun.

The media aide to Vice-President Yemi Osinbajo, Laolu Akande, made this known via his official Twitter handle on Thursday.

However, he did not give details of the agreement reached. “News Flash: FG, Southwest Governors agree on Amotekun,” he tweeted.

Osinbajo and the governors had closed door meeting at the Presidential Villa in Abuja on Thursday. The agenda is the security outfit, Operation Amotekun, recently launched by the states in the zone.

The minister of Justice, Mr Abubakar Malami, and the Inspector-General of Police, Mr Mohammed Adamu, also attended the meeting.

Earlier, Amotekun had generated controversies. The Federal Government had opposed it as it declared it “illegal” in a statement released through Malami’s office.

The government had said it had a policy on community policing, which had been approved by President Muhammadu Buhari as against the regional Amotekun format.

However, the governors had insisted they would not dump Amotekun and sought rather to meet with the Presidency in the hope that the differences would be ironed out.