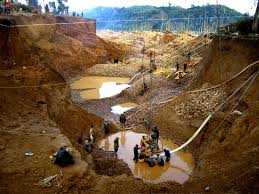 The federal government has announced the suspension of all mining activities in Zamfara State in an effort to stop the operation of bandits in the state.

The Cable reports that the Federal Government launched a special operation to stop bandits causing the killings in the state.

Following the suspension of the mining activities, the licence of individuals and companies that disobey the directive to stop the activities will be revoked.

Mohammed Adamu, acting inspector-general of police, disclosed this while addressing state house correspondents after a security meeting at the presidential villa in Abuja.

The government also ordered foreigners within the mining site to vacate the area immediately, directing a special task force to take over the site with immediate effect.