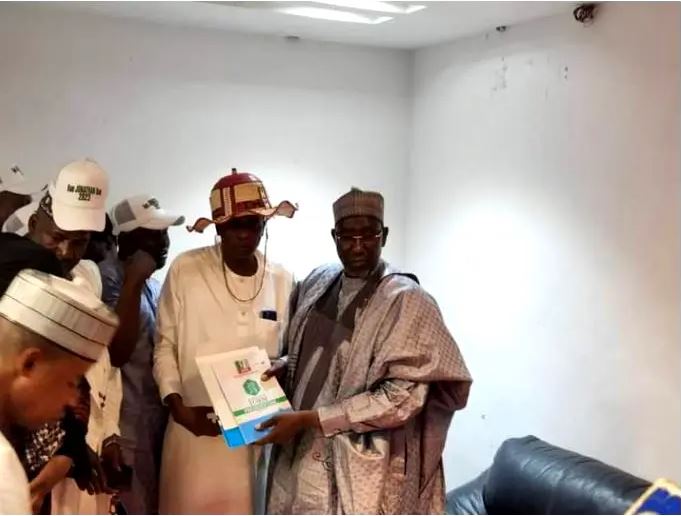 A group that has identified self as ‘Fulani group’ has purchased the N100 million nominations and expression of interest forms for ex-president Goodluck Jonathan.

Earlier, on April 22, 2022, supporters had stormed the Abuja private of the former President, urging him to declare for 2023 presidential race.

A spokesman for the group, Mayor Samuel, who is also the convener of the Youth Compatriots of Nigeria said, “We were deceived and brainwashed by those who claimed they could do it in 2015.

“Now, we know better, under Jonathan the minimum wage could buy one or two bags of rice. What do we have today? We are begging President Jonathan to forgive us, we have realized our mistakes, we want him back to complete what he started.

Reacting, Jonathan said I know you are, “here to ask me to declare, I cannot declare because some process are still ongoing.”

“Yes you are calling me to come and declare for the next election, I cannot tell I’m declaring. The political process is ongoing just watch out. The key role you must play is that Nigeria must get somebody that will carry young people along.”

Others that have picked under APC, include: the minister of transportation, Rotimi Amaechi, Kogi state governor, Yahaya Bello and others.