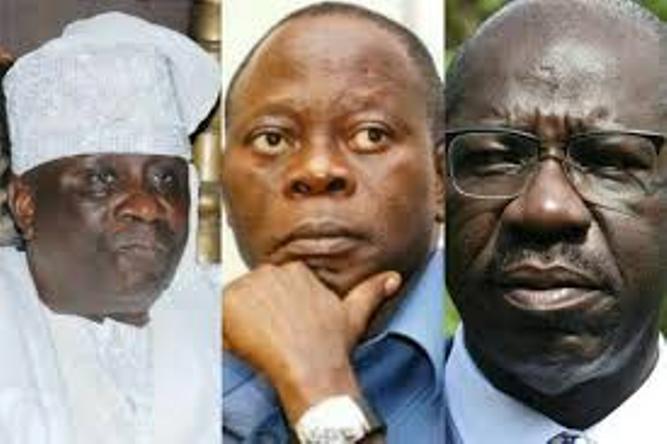 It was gathered the hoodlums attacked the Edo State Governor’s convoy while they were driving into the Iyamho residence of National Chairman of the All Progressives Congress, Comrade Adams Oshiomhole shortly after attending the first convocation ceremony of the Edo University, Iyamho, where Aderemi Makanjuola was installed Chancellor of the institution.

As at Press time, Police sources said they were invited for lunch by Oshiomhole but were attacked by suspected thugs.

According to a statement signed by Crusoe Osagie, Obaseki’s Special Assistant (Media), the trio escaped without injuries.

Osagie said that the governor and the other guests had attended the maiden convocation ceremony of the Edo University, Iyahmo, Etsako West Local Government Area of Edo State, when the incident happened.

The University is said to be opposite Oshiomhole’s home in Iyahmo.