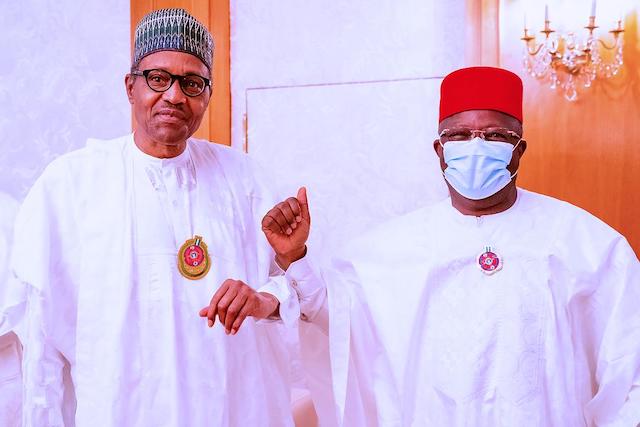 The governor of Ebonyi State, Dave Umahi on Tuesday has said that he has informed the President Muhammadu Buhari of his intention to run for the presidency in 2023.

This comes brely 24 hours after the national leader of the All Progressives Congres, APC, Asiwaju Bola Tinunbu informed President Buhari of his intention to contest for the same position.

Governor Umahi disclosed this to State House correspondents after meeting behind closed doors with the President.

Asked to speak on what he and the President discussed, Umahi said, “We discussed politics, the growth of our party APC in Nigeria and the South-East, and the interest of the South-East in the 2023 presidency.

He said if the APC throws its ticket to the southern part of Nigeria, his achievement in the past six years would enable him to clinch the ticket.

He added, “The President believes that anyone that wants to run for the presidency must have to consult widely and go to all the leaders. We must do everything to remove ethnicity and religion in our polity so that this country can grow.