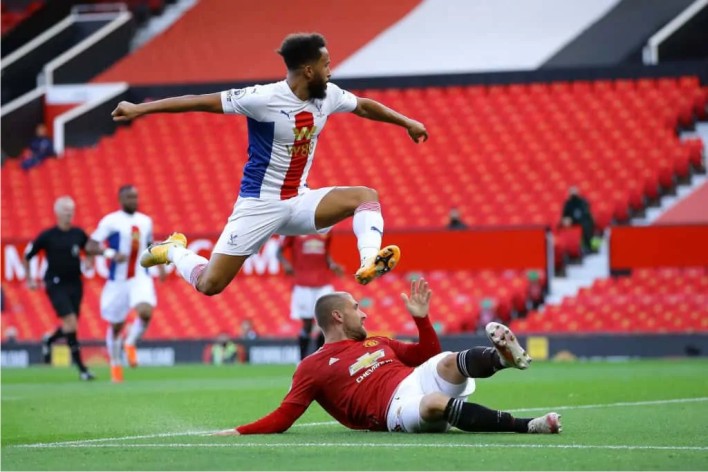 Manchester United started the season with a very poor performance as Crystal Palace trashed them 3-1 at Old Trafford.

Man United were not only beaten by Crystal Palace, but were outplayed by Roy Hodgson’s side who routinely broke United down in midfield and counterattacked beautifully.

It was a sensational performance from Palace who have now won their opening two fixtures, although not without controversy.

The first of Wilfried Zaha’s two goals was a penalty that the Var Jonathan Moss identified long after the play had moved on as a handball by Victor Lindelof.

The defender, who had a dreadful afternoon, had his hand in an unnatural position when the ball struck and referee Martin Atkinson, having reviewed the incident, gave the penalty retrospectively.

Watch all the goals below.