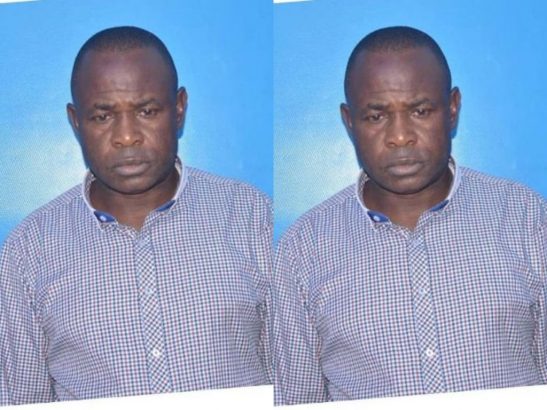 The Mountain of Fire and Miracles Ministries on Monday slammed an indefinite suspension on the ‘Pastor’ of its branch in Life Camp area of Abuja, David Onyekachukwu, over an indecent relationship with a 16-year-old girl.

The church, however, said Onyekachukwu is “not an ordained Pastor” and has been arrested by the police.

The MFM premised the indefinite suspension on its investigation which established that the ‘Pastor’ raped the girl and consequently resulted in pregnancy.

NAPTIP had in a statement on Sunday by the Head of its Press and Public Relations, Stella Nezan, said the pastor, after his arrest and during interrogation, confessed to have sexually abused the girl two times and blamed the act on the “work of the devil.”

A statement by the spokesperson of MFM, Collins Edomaruse, obtained by The Punch in Abuja said the indefinite suspension was “in line with the rules and regulations of MFM which forbid such acts and frown at them.”

The statement quoted the Regional Overseer of MFM in Gwarimpa Region, Pastor Niyi Babalola as confirming the suspension.

Babalola said, “He (Onyekachukwu) is not an ordained pastor in Mountain of Fire and Miracles Ministries. He is just a member/worker in that Life Camp branch and he has been suspended from the branch immediately.

“The church can not stop the law from taking its course as doing so will amount to condoning evil and being an accessory after the fact. After investigation, we confirm that the raping and impregnating of the girl is true and the matter is currently being handled by the Police.

“However, we want to say that the alleged person is not an ordained Pastor or an officially appointed Pastor in MFM Gwarimpa Region. This is, therefore, a personal issue between the Brother and the innocent victim.”

The spokesperson for the anti-trafficking agency said that the case would be “diligently prosecuted to secure justice for the victim.” Nezan said.