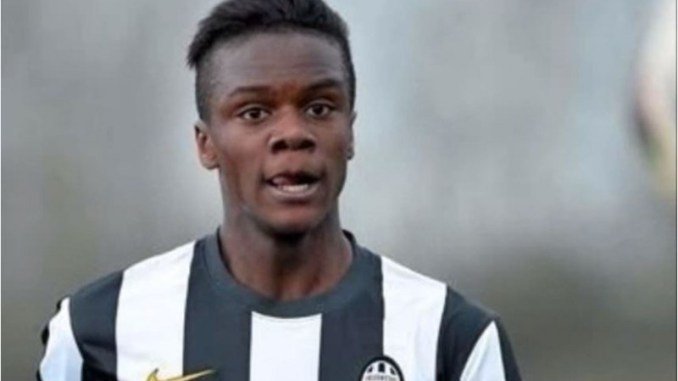 This morning we reported that a Serie C (third division) player in Italy has been diagnosed with the coronavirus, making him the first professional footballer to contract the disease since the outbreak.

Well, his identity has been revealed. He is an Italian-Nigerian player named King Paul Akpan Udoh.

King Paul who currently plays with Pianese, an Italian Serie C club was said to have developed flu-like symptoms on Saturday and was removed from first-team duties as a precaution. He later put himself into voluntary quarantine before testing positive for COVID-19 on Fabruary 27.

The 22-year-old Pianese forward started his career with Reggiana before moving to Juventus in 2011 where he was loaned back for a year.

After progressing through the youth ranks of Juventus, the Nigerian footballer secured a loan move to Virtus Lanciano, a Serie B side in 2016 with an option to buy at the end of the season.

However, after failing to impress, Udoh was returned to Juventus and then loaned to Lega Pro side Pontedera later the same year. He had a loan stint with Pontedera, Fernana, Fano and Viareggio before joining Pianese on July 14, 2019.

Doronavirus has spread from China to countries in Europe, the Middle East, the Americas and Africa with Italy being the country in Europe with the highest number of reported cases.

Some Italian Serie A matches were postponed last weekend as a preventive measure against the spread of the virus.