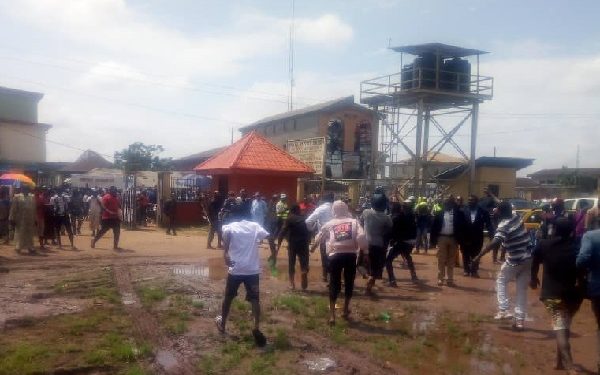 Supporters of the Peoples Democratic Party (PDP) and the All Progressives Congress (APC) attacked each other shortly after the governor arrived at to cast his vote.

Trouble started after a PDP youth leader simply identified as Jimoh hit a supporter of another party.

The pandemonium broke out as the young man’s action disrupted the voting process. Party supporters were thereafter, seen attacking one another.