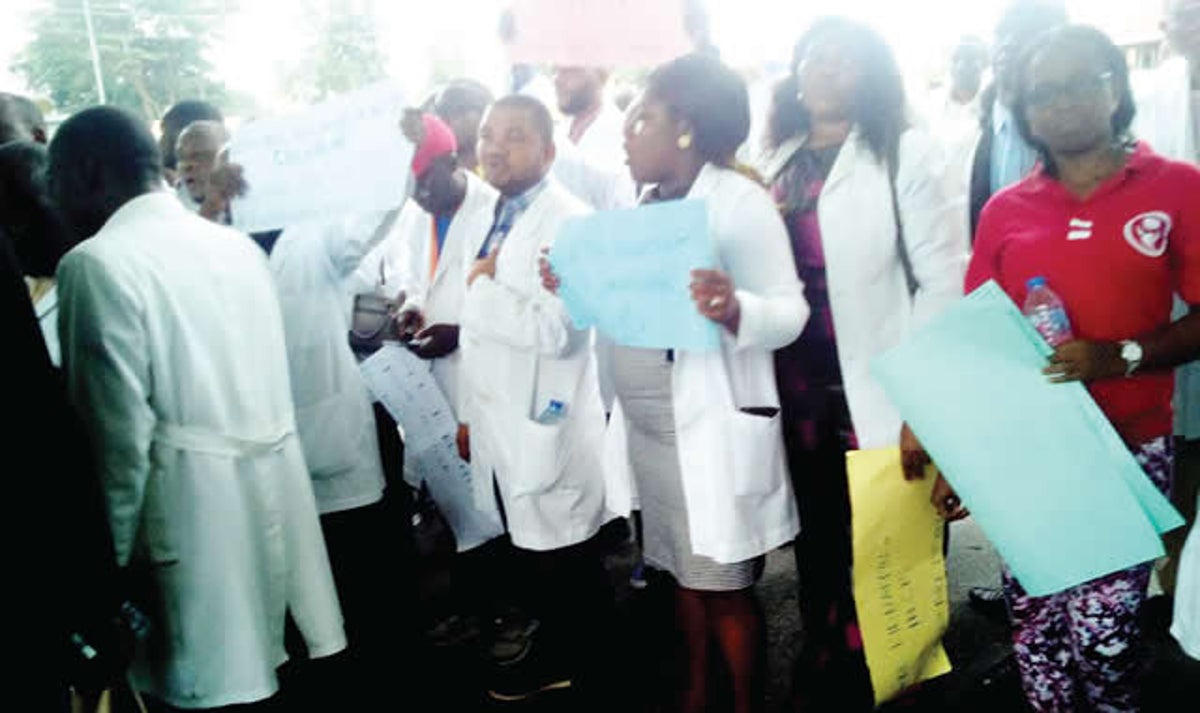 The Nigerian Association of Resident Doctors has threatened to commence another nationwide strike starting from, Monday, September 7.

This was disclosed in a statement signed by the association’s President, Dr Aliyu Sokomba; Secretary, Dr Bilqis Mohammad, and the Publicity Secretary, Dr Egbogu Stanley.

The doctors said the strike would commence since the 21-day ultimatum it gave to the Federal Government elapsed on August 17.

They are demanding from the Federal Government the implementation of residency funding, COVID-19 allowance, hazard allowance as well as the outstanding salary shortfall of 2014, 2015, and 2016.

On June 15, NARD had embarked on an indefinite strike. The strike was suspended on June 22 after the intervention on the Federal Government and other stakeholders in the health sector.

“NEC resolved to proceed on indefinite nationwide strike action from Monday 7th of September 2020 by 8:00am until the following conditions are met; immediate payment of the Medical Residency Training funding to all her members as approved in the revised 2020 budget; provision of genuine Group life insurance and death in service benefits for all health workers.