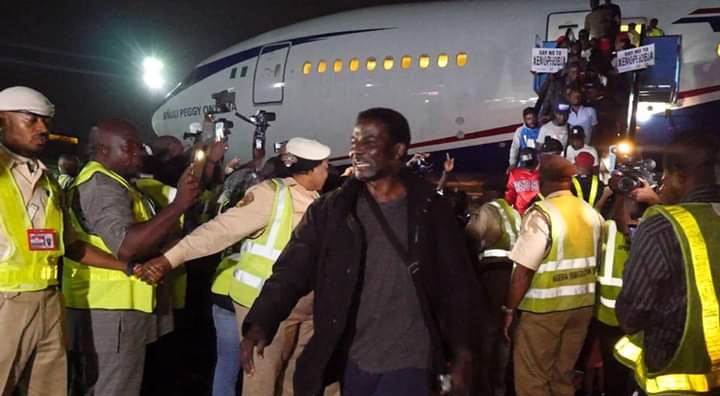 The second batch of 315 Nigerians returned from South Africa on Wednesday at about 7:22 p.m. at the cargo wing of the Murtala Muhammed International Airport, Lagos.

The evacuation which should have taken place on Tuesday was stalled due to delayed landing permit to Air Peace by the South African airport authority.

About 320 people were expected but four passengers were said to have been dropped as a result of documentation issues.

Reporters were however barred from accessing the tarmac to cover the arrival because of violation of air safety regulations.

Aviation authorities are protesting how reporters invaded the air side last week when the first batch of 187 Nigerians were evacuated. Such invasion, it was learnt violated extant aviation regulations.