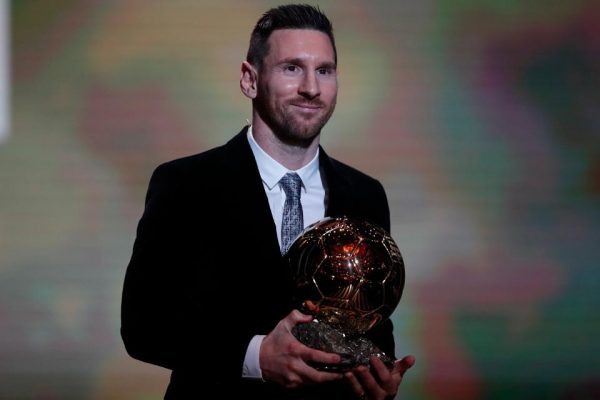 Lionel Messi has won the 2019 Ballon d’Or crown at a ceremony in Paris, making it a record 6th time for the Barcelona player.

At a star-studded ceremony in Paris on Monday evening, the football star was crowned the world’s best player for the first time since 2015.

He moved ahead of great rival Cristiano Ronaldo to take outright ownership of the record, seeing off Liverpool’s Virgil Van Dijk and Juventus’ Ronaldo.

Buzz had been growing for weeks that the Argentine was a cert for soccer’s highest individual accolade.

In the autonomous province of Catalonia, two main newspapers, Mundo Deportivo and SPORT, filled column inches with claims that the club and country captain had done enough to please the jury.

The Argentinian struck 54 goals for club and country in the 2018-19 season.

Watch the moment he was announced winner below.