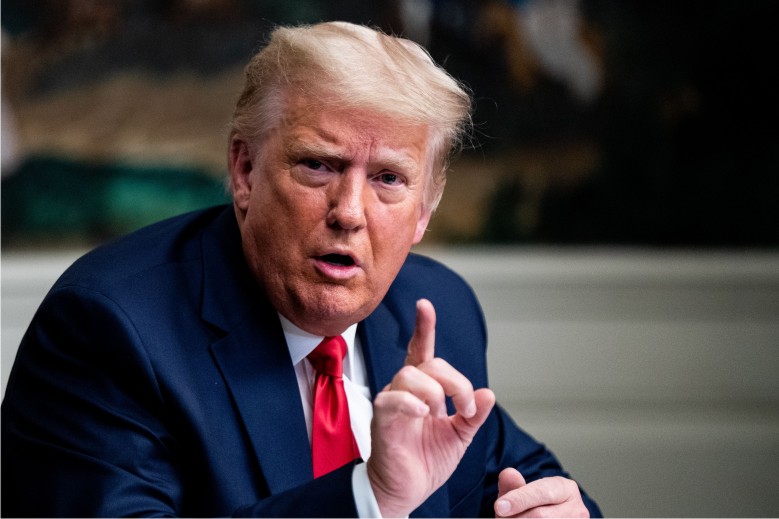 With just few hours left to be President of the United States of America, Donald Trump has issued 73 Presidential pardons and 70 commutations.

The pardons announced between late Tuesday night and early Wednesday morning, become one of his final acts before he leaves office on Wednesday.

According to The Washington Post, Trump and close aides, including his daughter Ivanka and son-in-law Jared Kushner, drew up the list during a Sunday meeting in the Oval Office.

The New York Times also reported that Ivanka sent the final list to the White House counsel’s office for approval and that the Justice Department’s pardon office, which typically reviews who gets executive clemency grants, was not included in the process.

Lil Wayne, 38,  pleaded guilty last month to possessing a loaded, gold-plated handgun when his chartered jet landed in Miami in December 2019. He faced a sentence of up to 10 years in prison having previously served eight months in jail in New York, after being convicted of criminal possession of a weapon.

Kodak Black, 23, who was born Bill Kahan Kapri, is in federal prison for making a false statement in order to buy a firearm. He was sentenced to 46 months in prison on federal weapons charges in 2019.

He admitted to lying on background-check forms while buying multiple firearms. Two of the weapons were later found by police at crime scenes, including one with Black’s fingerprints and a live round in the chamber that had been used to fire at a “rival rap artist.”

However, a number of individuals speculated to receive a pardon or commutation did not appear on the president’s final list, including Rudy Giuliani, Julian Assange, Edward Snowden, and Joe Exotic.

It was also reported that some Trump allies believe many of the recipients were people the president expects to enjoy beneficial relationships with after he leaves office.

Click HERE to read details, including the crimes/offences, of all those pardoned by Trump in the White House press release. Below are their names