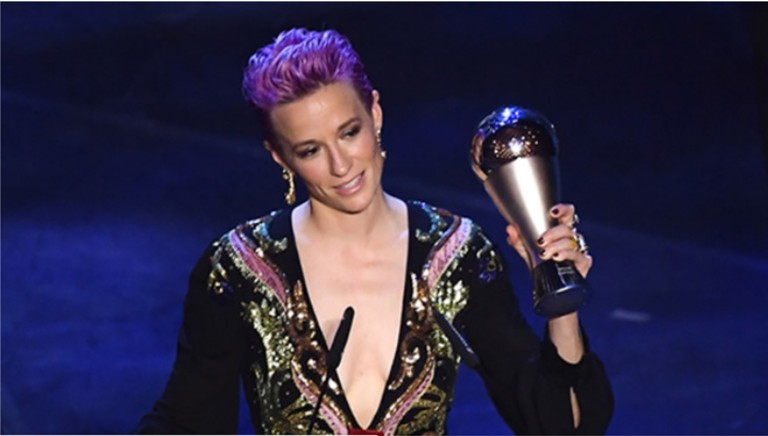 Rapinoe, 34, succeeds Norway’s Ada Hegerberg, the inaugural winner of the women’s prize last year, after starring on and off the field as the US retained the World Cup in France in July.