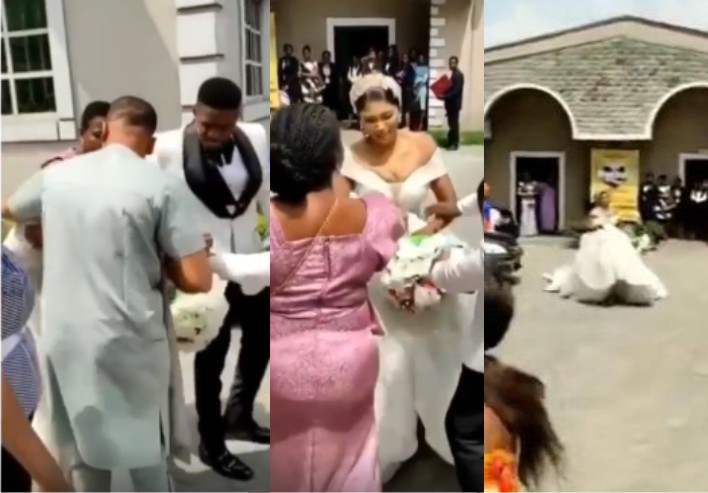 Pastor Essay Oggory of Fulfilling World Foundation in Port Harcourt left a couple completely distraught after refusing to wed them for coming to church 5 minutes late.

The video from the scene captured the chaos that erupted after the pastor walked out on the couple. Families and friends of the groom and bride were left in shock.

The bride who obviously could not believe what was happening burst into uncontrollable tears.

It was gathered that in the heat of the chaos, the pastor eventually agreed to wed them under the condition that they will accept to be wedded in his office instead of inside the church. The couple refused. And, the wedding day which would have been a happy day turned completely sour. The Bride and Groom were later seen entering their cars to leave the church premises.

Watch the video from the scene below.