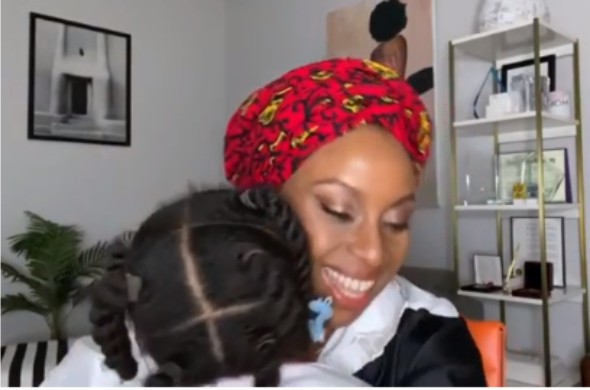 Renowned Award-winning Nigerian author, Chimamanda Adichie has shared a heartwarming video of herself hailing her daughter.

In the video, Adichie captured our hearts as she excitedly hailed her daughter in the traditional Igbo way where a parent praises her child with respectable titles and prayers which instill confidence and belief in self.

While praising her daughter, Adichie repeatedly called her, “Ada” which is the respected birthday title of every First Daughter in Igbo culture. She followed the title with her hometown in Nigeria, “Ada Umunachi” (Daughter of Umunachi).