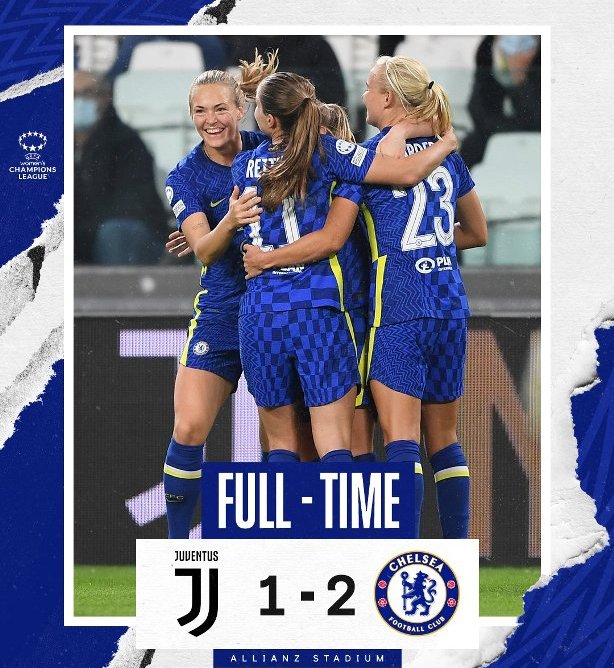 Erin Cuthbert scored the first goal of the match in the 31st minute of the game. However, it was soon equalised by a goal from Barbara Bonansea for Juventus at the 37th minute.

Pernille Harder scored the winning goal for Chelsea at the 69th minute to seal the three points for the Blues.

Watch highlight of the goals below.