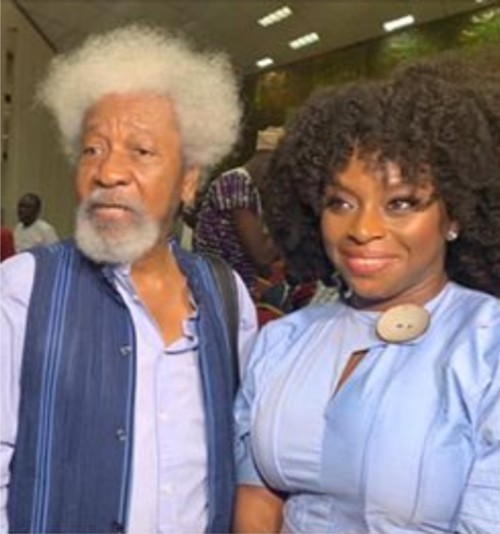 Chimamanda Adichie who was one of the guest speakers at “The Fela Debates” met with Nobel Laureate, Wole Soyinka on Monday at the ongoing Felabration Week in Lagos.

The Fela Debates tagged “Teacher Don’t Teach Me Nonsense” kicked off Felabration Week. Chimamanda was one of those on the panel moderated by  Yemisi Ransome-Kuti. Nigerian playwright Sefi Attah was also on the panel.

Felabration is a festival of music and arts commemorating the life and times of  Fela Anikulakpo-Kuti, which was conceived by his eldest child, Yeni, in 1998. With the exception of 1999, Felabration has taken place annually in honour of the late musical icon who was born on Oct. 15, 1938 and died on Aug. 2, 1997.