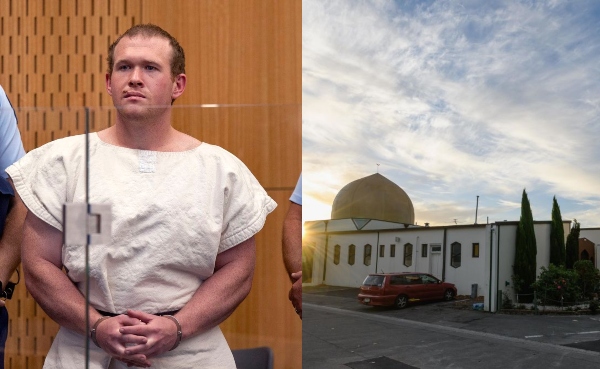 Brenton Tarrant,  the man accused of being the New Zealand Mosque shooter in which over 51 people were killed has pleaded not guilty to terrorism, murder and attempted murder after being arrested over the Christchurch massacre.

The New Zealand Mosque shooter who appeared via video link from a maximum security prison in Auckland, smirked but did not speak and showed little other emotion as his lawyer pleaded not guilty on his behalf over the multiple charges.

If found guilty, the 28-year-old Australian man will become the first person in New Zealand to receive a sentence of life without parole, as the longest-ever sentence in the country was 30 years without parole for a triple murder. It was further learnt that at the courtroom which had over 80 survivors and family members of those killed present, Justice Mander said the court had reviewed reports on the defendant’s mental health. He said “no issues arise regarding the defendant’s fitness to plead, to instruct council and to stand trial. Therefore, a fitness hearing is not required.”

A man who made a comment in support of white supremacy was arrested alongside 33-year-old man, who has been charged with disorderly conduct after he “played Nazi music and [made] racist remarks outside the court.”