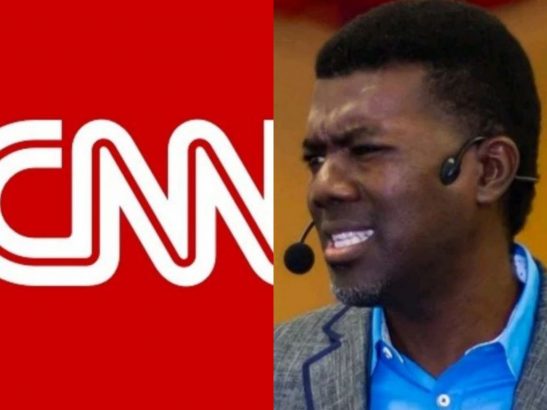 Reno Omokri, former aide to then President Goodluck Jonathan has come really hard on CNN in his latest post.

In the post, he outrightly said CNN is not a news channel but a satanic programming used to propagate homosexuality, gay marriage and abortion.

CNN is not NEWS. It is SATANIC PROGRAMMING. Satan, the god of this world, is using CNN to promote evils such as HOMOSEXUALITY, ABORTION and GAY MARRIAGE. The DEVIL is using them to advance his #NewWorldOrder where The Bible and Christianity will be UNDERMINED. I assure you that if an impressionable child watches CNN, believing it is news, that child will be won over by satan. Read Ephesians 2:2. The kingdom of the air referred to in that verse is headquartered in CNN. In the world they are planning, wicked people will not be those who commit abortion and reject their gender. Wicked people will be you and I, who insist on the moral standards of the Word of God. I assure you that that day is coming.