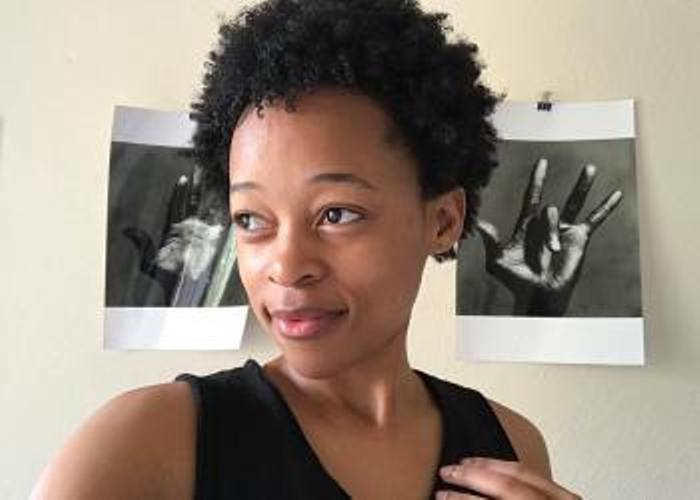 18-year-old South African girl named Gomolemo Legae was stabbed more than 25 times, but this was not enough for her assailant, who allegedly returned to douse her with petrol and set her ablaze.

The incident happened in Ramosadi village, Mahikeng in the North West in the early hours of Sunday December 1.

Police said Legae was possibly raped before she was stabbed and a charge to that effect could be added to the murder charge.

Her grieving aunt, Gadifele Mashetla, told City Press on Tuesday, that her niece’s killer was “determined to take her life”.

“We’re told by pathologists that she was stabbed more than 25 times in the chest and back but Gomolemo fought on, refusing to die. He then went and bought petrol which he used to set her alight,” Mashetla said.

She said her niece “could have been saved” had the ambulance responded earlier.

Mashetla said that after the attack, her niece was found by a passerby, a man from the neighbourhood. He left her in the care of another man, in order to direct the ambulance to her location. But before the ambulance could arrive, the assailant returned and set her alight.

“She told [the passerby] who had stabbed her, and was still fighting death. The man called police and ambulance and after some time when they did not arrive, he asked another man to stand there with Gomolemo so he can go to the main road and wait to direct the ambulance from there,” Mashetla said.

“Suddenly he saw flames from the distance and came running, only to find Gomolemo in flames.”

She said that it wasn’t certain whether the other man had left Gomolemo or if he was chased away by the assailant.

“Gomolemo was a fighter … she was still alive when the police arrived but the ambulance took time to arrive and she took her last breath. My niece struggled, fought and refused to let go of her last breath and could have been saved.”

Mashetla said the alleged killer was known to the family and was from their neighbourhood.

“The boy’s family came to see us today, asked for our forgiveness and told us that they are the ones who went and searched for their son before handing him over to the police,” she said.

“The 19-year-old suspect allegedly stabbed the victim multiple times with a sharp object and doused her with petrol. The suspect was handed over to the police Monday in the afternoon and he was expected to appear in the Mmabatho Magistrates’ Court on Wednesday on a charge of murder. There is the possibility that a charge of rape may be added,” Mokgwabone said.

North West Premier, Job Mokgoro, has expressed “sadness and concern at the increasing number of the violent rape and murder being perpetrated against young women in the various parts of the North West in recent days”.

According to a statement released by Mokgoro’s office, the alleged killer was arrested after “he was positively identified through CCTV footage at a nearby petrol station in the area where he allegedly purchased petrol and went on to set the victim alight”.

The MEC for social development, Boitumelo Moiloa, has already contacted the family of the deceased to determine how the provincial government could assist with counselling and other necessary intervention during this moment of grief.

Legae’s killing comes just over a day after the burial of 21-year-old college student, Precious Ramabulana, who was reportedly stabbed 52 times and died on the eve of the launch of the 16 Days of Activism campaign at Mokomene village in Limpopo.

Legae’s aunt, Mashetla, said she will be buried on Wednesday in Mahikeng.

Meanwhile, the North West government has committed to easing the family’s pain by helping with the funeral.

“The department of social development, led by the MEC, will assist the family with all funeral arrangements to ensure a dignified funeral for the deceased in Seweding village,” Mokgoro’s spokesperson, Vuyisile Ngesi said.