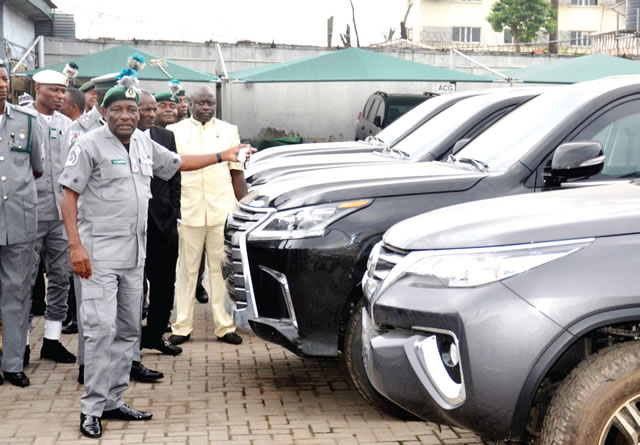 The Nigerian Customs Service (NCS) has commenced online auction of contrabands, including exotic cars of different brands seized from smugglers.

Seized exotic cars and goods to be auctioned by the Nigerian Customs Service are the ones in Imo/Abia and Edo/Delta commands.

According to Controller of Federal Operations Unit (FOU), Owerri, Comptroller Kayode Olusemire, the auction which will be done through the internet will be conducted every Monday and Wednesday for the next one month.

The Controller also disclosed that among items to be auctioned electronically were Rolls Royce cars, Mercedes, Toyota and vehicles of different makes and other intercepted contraband.

He stated that the recourse to online sales of seized goods is to make the process as transparent as possible.

Some of the latest seizures, according to Olusemire, were eight exotic cars with duty paid value (DPV) of N161 million, over 1,000,572 bags of rice with DPV of N31 million, fake drugs, including cannabis saliva, tramadol, codeine and spices with foreign names.

Some of the rice, he said were neatly concealed in two silos belonging to Dangote Group of Companies and plastic tanks.

He wondered why smuggling still thrives, especially rice, despite all the efforts put in by the Federal Government to encourage rice production.

The Controller solicited the cooperation of the public to tackle the smuggling menace, warning that any attack on Customs men in the course of their duty attracts the death penalty.