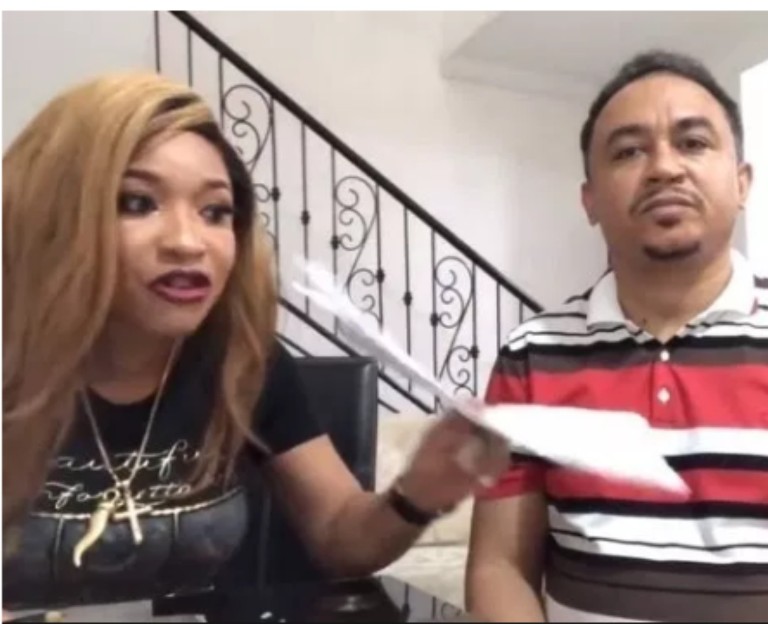 Controversial OAP, Daddy Freeze has disagreed with many celebrities and others who believe that Tonto Dikeh’s explosive videos about her Ex-husband will negatively affect her son in the future.

Tonto has said in the interviews that her ex-husband Churchill Olakunle Oladunni suffers premature ejaculation and lasts only “40 seconds”. She also claimed he’s a deadbeat father and showed receipts.

She said she was opening up for the sake of her son, so he can see the fight she put up for him.

But social media users warned that her revelations will scar her son when he grows. They warned that the internet never forgets and the sensitive information she’s giving out could be used against her son in future.

But Daddy Freeze, who conducted the controversial interview, has said he doesn’t think this will be the case.

The OAP addressed this in a new YouTube video.

He said in the video: “Guys, the world is not going to be like the world we grew up in, where the things that mattered to your parents are going to matter.

“I think you guys need to understand that the world is evolving into something else and coming all out to speak is actually going to be valued by the upcoming generation.”

He added later in the video: “I’m sorry, but I don’t see anything Tonto said affecting her child in the future. Unless it’s not this future that we’re going into.”

He also informed his Instagram followers of the video and wrote:

Brand new video alert, since we have embraced modernization, we have stop cherry picking and embrace all that comes with it.
Those saying her son will be affected by her speaking out are only clowning around, afraid to let go, despite the world’s visible evolution.
They are, as a result of a flawed moral compass, creating forlornly, a deluded make believe world, as an odd in between compromise, between their reality and their delusions.
In the actuality of the new world we are all creating, she’ll be a hero, so deal with it! ~FRZ

And people suddenly began to see point in what Daddy Freeze said. Read below.