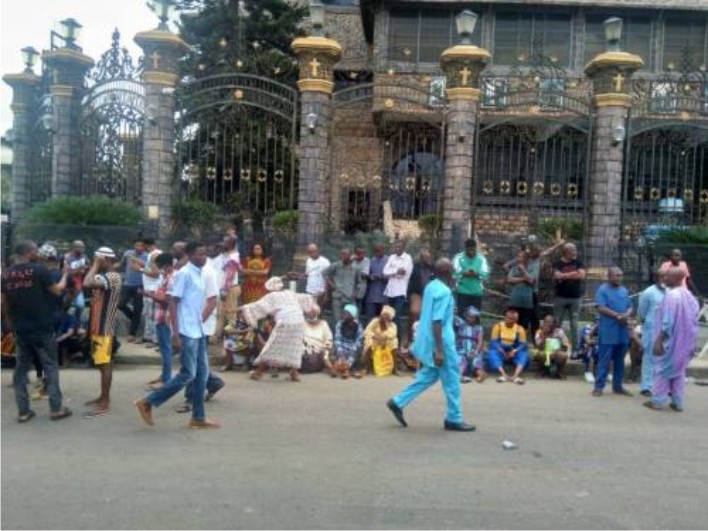 Despite the news that fhe founder of the Synagogue Church of All Nations, Prophet T. B. Joshua has died, hundreds of sick people still thronged to the church on Sunday with the hope of getting healed.

Many arrived at the church only to hear the shocking news that the the televangelist has died.

According to SaharaReporters, they didn’t receive the news well and refused to leave, hoping for some miracle powers to be unleashed from the body of the deceased. Many begged to have access to his body, saying they would go and raise him themselves from the dead.

It was gathered that members and visitors that usually visit the church premises were denied access on Sunday and no service held.

Some other members of the church confirmed that there were diseased people in the Synagogue who were also awaiting healing and miracles.

Church members were seen outside the premises worshipping God as many called for the barricade to be removed so they can go and raise him themselves.

A visitor said that she came all the way from South-East Nigeria to seek prayers at the church only to meet reports of his untimely death.

She said, “I am not a member of this church, I had just arrived from the South-East to seek healing here. I came to a relative’s house only to see this message, I had to rush down here.”