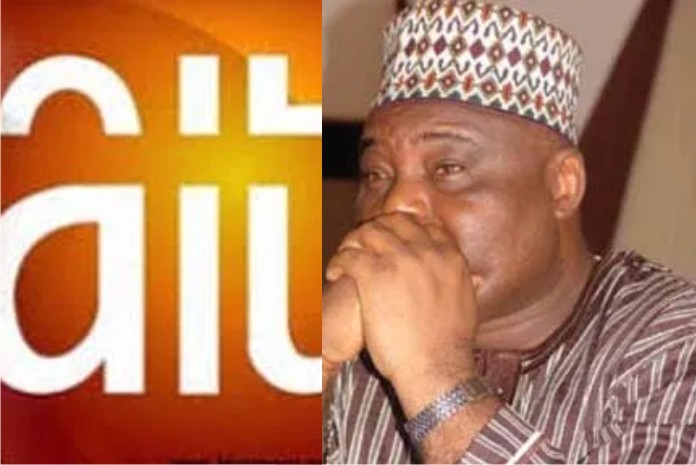 Raymond Dokpesi, the founder of DAAR Communications Plc, has directed African Independent Television (AIT) to stop broadcasting comments made by him and his son after their recovery from COVID-19.

Recall that Raymond Dokpesi Jnr, Chairman of DAAR Communications Plc, had complained that he declared positive, treated and even discharged without seeing documented medical reports on tests conducted on him by the Nigeria Centre for Disease Control (NCDC).

“Whilst I can attest to my improvement in physical health and wellbeing, I regret to say that since my initial test to date, I have never seen any documentary evidence of any test result,” Dokpesi Jnr had stated.

“I take it in trust and good faith that the NCDC pronounced me COVID-19 positive and that they have now also pronounced me COVID-negative. I will appreciate it if the documentary records of the various tests on me and members of my family are made available for our medical records,” Dokpesi Jnr said after recovering from COVID-19.

In a statement dated May 17 2020, and addressed to the chairman (his son), general managing director (GMD), managing director (MD) AIT and other top members of the management team, Chief Dokpesi urged AIT to stop airing those comments for now.

He disclosed that some senior citizens had suggested that he should have written to the presidential task force on COVID-19 to express his grievances.

Dokpesi’s statement reads:
“I write to kindly request you to discontinue referencing the comments and views expressed by both the founder – high chief Engr. A.A Dokpesi, OFR and the chairman – chief Raymond Paul Dokpesi Jnr in all your news bulletins and in fact bring them down from all your official websites for now.

“Very senior citizens and elders have argued and [i] agree with them that I should have addressed a private letter to the PTF and the presidency rather than cast aspersions on their methods thereby creating doubt in the minds of the public. I also agreed to an immediate truce.

“We must never be construed to be using ownership of the platform to promoting our personal agenda or settling some scores with perceived opponents.”

He told the staff to leave the fight for another day and also keep all the original footages.