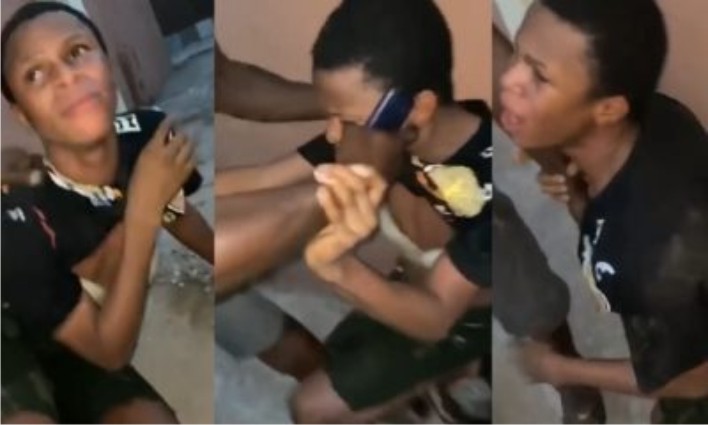 A man has expressed shock after realizing that the woman he took home for ‘enjoyment’ is actually a man like him.

After the realisation, he alerted people around and the culprit was later disgraced and beaten mercilessly.

According to reports, the cross dresser later identified as Ayoola a.k.a Lil Unique was picked up by the man who thought he was a woman and invited him to his house.

However, the next morning the man shockingly found out he was a man and called out neighbors to the scene.

Eye witnesses descended on the crossdresser heavily and rendered heavy blows on him for deceiving the distressed neighbor. Watch the video below;