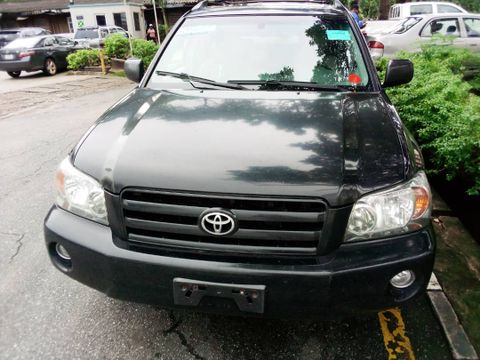 A 39-year-old driver, Suleiman Tony, on Tuesday appeared before a Tinubu Magistrates’ Court in Lagos State, for allegedly absconding with his employer’s Toyota Highlander worth N2.6million.

Tony who lives at 22, Samora St., Ketu, Lagos, was charged with conspiracy and theft.

He, however, pleaded not guilty to the charges.

The Prosecutor, Insp. Ajaga Agboko, told the court that the defendant committed the offences on Jan. 3, at 2:30 p.m. at Surulere, Lagos.

He said that the defendant conspired with others at large to steal the jeep from Mr Bashir Mobereje after dropping him off for a medical check-up at Surulere.

“Tony, who was supposed to come back and take his boss home, ran away with the vehicle with registration number KSF 01 FU.

“All efforts to reach the defendant yielded no results as his phone could not be reached.

“The vehicle was later traced to 29, Murtala Muhammed Way, Ikoyi, Lagos, with the use of a tracking device on the vehicle.

The Magistrate, Mr T. A. Anjorin-Ajose, granted the defendant N500,000 with one surety in like sum.

He adjourned the case until Feb. 7 for substantive hearing.