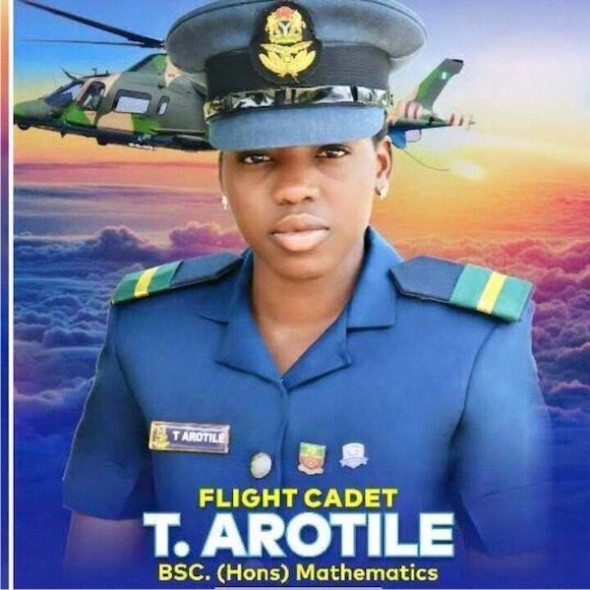 Nehmiah Adejo and David Adejo, the driver and owner of the vehicle that killed Nigeria’s first female combat helicopter pilot, Flying Officer Tolulope Arotile, in a crash at the Nigerian Air Force Base, Kaduna have been granted bail at the Kaduna Magistrate Court.

The Magistrate, who adjourned the case to 24 and 25 of August, ordered both defendants to produce two sureties each who must reside within the jurisdiction of the court and are engaged in legal businesses and present a Bank Verification Number that corresponds with their information.

He however pleaded not guilty.

Also David was charged with alleged negligent conduct while causing danger to person and property, an allegation he also denied.

The prosecution counsel had prayed the court allowed Nehemiah to be remanded, arguing there is pending investigation of culpable homicide against him.

However counsel to Nemiah, Aliyu Ibrahim Omachi, argued for a bail on the basis that he is a first time offender and has spent more than 4 weeks in detention.

Flying Officer Tolulope Arotile was killed in a road accident at the NAF Base in Kaduna and three suspects were subsequently arrested.

The Nigerian Air Force (NAF) had in line with extant laws handed over the three suspects involved in the accident that led to the death of Flying Officer Arotile to the Nigeria Police, saying it is a civil case.