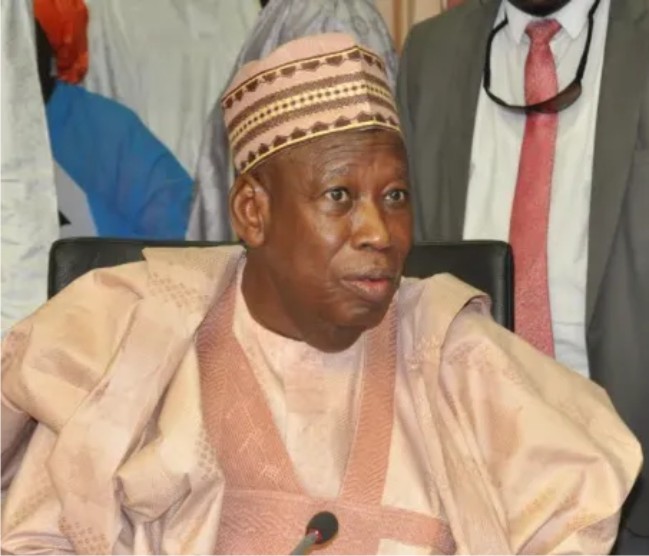 Some residents of Edo state have put up the viral video of Governor Abdullahi Ganduje of Kano stuffing dollars bills in his pockets, at popular Ring Road Benin City.

Governor Ganduje had approached the court to stop further publishing of the video by Jaafar and probe by the Kano State House of Assembly.

With the race for the Edo State governorship seat heating up, the viral Ganduje video has resurfaced in a billboard to mock the Kano Governor, according to a post on Twitter by activist Deji Adeyanju.

This is obviously connected to appointment of Ganduje as head of the All Progressives Congress (APC) campaign council for the Edo gubernatorial election.

The Kano governor had since his appointment engaged Governor Nyesom Wike of the Peoples Democratic Party (PDP) in a war of words.

Recall that Governor Wike was also appointed the chairman of the PDP campaign council for the state along Governor Ahmadu Finitiri as vice-chairman.