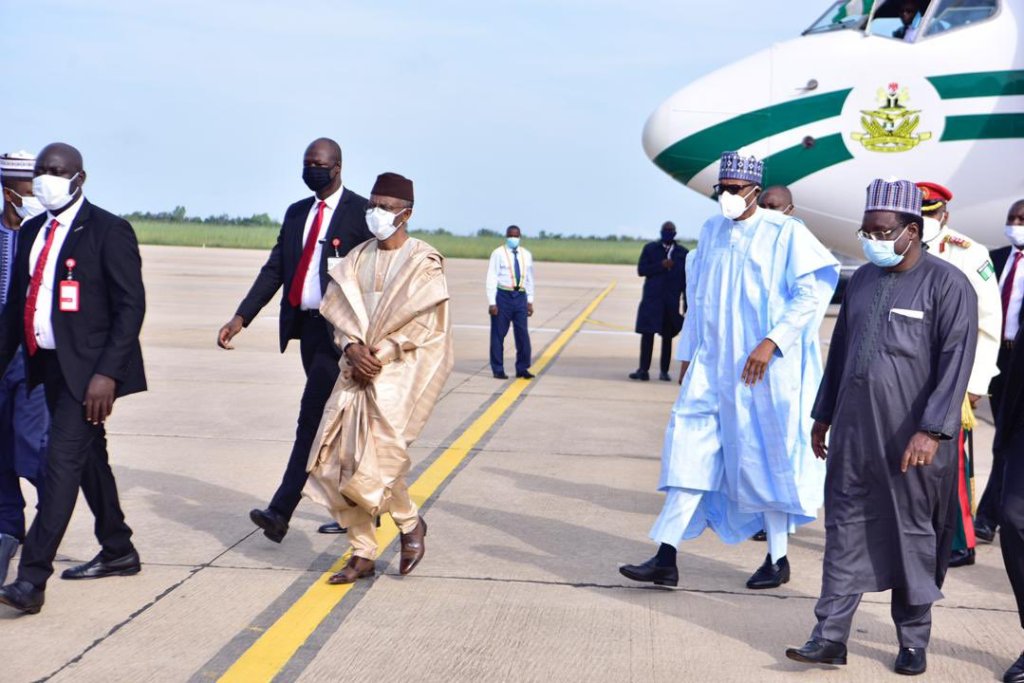 President Muhammadu Buhari landed in Kaduna State on Saturday morning ahead of a ceremony in the state and was received by Governor Nasir El-Rufai.

This is coming as the nation as in engulfed in massive protests over the refusal of the government to disband the Special Anti-Robbery Squad (SARS) of the Nigeria Police.

Buhari had last night met with the Inspector General of Police (IGP), Mohammed Adamu, and Vice President Yemi Osinbajo, and thereafter begged Nigerians to be more patient for the police to be reformed.