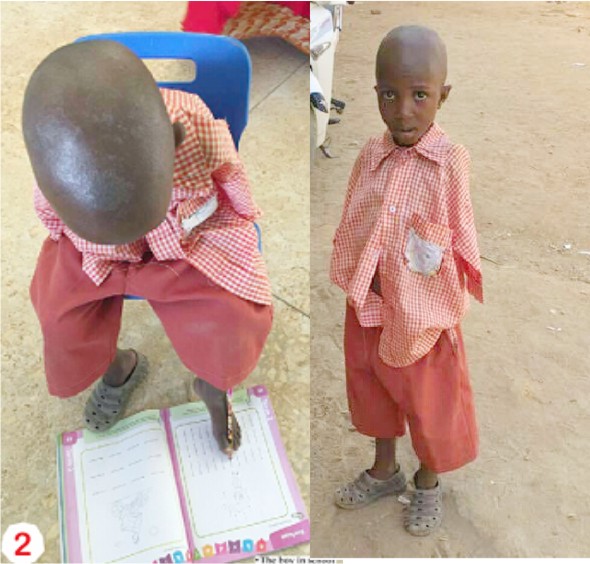 His is an example of the cruel nature of fate. In his childhood innocence, four-year-old Abdullahi Umar was born without hands. And the circumstance of his birth has become a burden he is contending with as a such a young age.

Upon his arrival from his mother’s womb in Nasarawa Local Government Area of the state on March 25, 2015, his father, Mr Musa Umar, wasted no time in driving the new born baby away with his mother, Amina, accusing the latter of giving birth to a witch.

Umar said the only condition he would allow his wife to continue living in his house was that she threw the new born baby into the river; a position that was supported by many in the area.

The situation put a lot of strain on their marriage, compounded by uniformed comments from close associates, the hurtful rudeness of strangers and even attacks on social media by those who told them what they should have done with the child – kill him.

Abdullahi’s mother, Amina, was almost caving in to the pressure but her mother discouraged her from doing so. Instead, she moved them to her house to help take care of the baby.

“Even my close friends in the market told me that it was selfish of me to have let my new baby live just because I wanted to have a baby, saying that he would have a miserable life,” she said.

Abdullahi’s condition is rare. It robs him of the ability to hold something. As a result, he relies on his legs to do most things he should have done with his hands. The situation has not only made life difficult for him, it has also affected his interactions with his age groups.

Our correspondent’s visit to the school and the house where he stays with his mother and grandmother in far away Nasarawa/Toto revealed that little Abdullahi has summoned courage to make meaning out of his life despite his deformity.

The head teacher of Abdullahi’s primary school in Nasarawa/Toto, Mrs Habibat Abdullahi, gave an account of his life in a chat with our correspondent.

At the age four, Abdullahi’s mother was said to have toyed with the idea of loaning him out to beggars who would put him in a wheel barrow for alms from passers-by. He, however, resisted the bid to take advantage of his deformity to make money.

Instead, he opted to go to school, a suggestion his parents rejected, wondering how a child without hands would make it to school.

In a chat with our correspondent, the head teacher of LGEA Central School where little Umar is now a student, Mrs Habibat Abdullahi, said: “A close friend told me about the deformity of Umar and how he resisted his mother’s decision to use his condition to beg for money.

“I was told that the boy kept crying every day that he wanted to go to school, but his mother said such a child without hands could not go to school and that she had no money to sponsor him to school.

“I made further enquiries about the situation. I sent for the mother to bring him to school and I gave him admission into nursery 1C in my school. Today, Umar uses his toes to write and is doing very well in school. He passed all his papers during the last term.

“The most crippling disease is ignorance. Umar is an amazing boy who God chose to be my school son, and I am thankful. He is doing very well. He is creative in nature, he understands more than the other students who are not deformed.” she said

How I escaped being used for begging

Notwithstanding his situation, little Abdullahi was full of hope that he could make it to school even without hands. In an emotion laden voice, he said: “My life is full of ups and downs.

He said: “But for the intervention of other people, my father wanted to throw me into the river; that I was not a human being. When I escaped that attempt with the support of my grandmother who moved me and my mother to her house where I am staying presently, they refused to send me to school.

“They thought I would never be reasonable and decided that they would use my deformity to make money by putting me in a wheel barrow and pushing around to collect money from generous people around. I vehemently resisted it, that I wanted to go to school. My parents thought I would never be reasonable to do anything in life no matter how hard I tried.

“Their refusal to send me to school touched me and hardened my resolve to make it in school at all cost when I finally got the opportunity to be enrolled in the school by the head teacher. I’m trusting God to make me a shining light in my quest for formal education.

“On my first day in school, I realised that I needed to write, which requires the use of hands. But considering my situation, this became a big challenge for me. At that point, nobody, including the head teacher, thought I could use my toes to write. But I did and is doing it perfectly.

“During classes, my mates write in their exercise books with their hands. It was quite difficult for me until I summoned courage to make use of my toes to write. At first, it was difficult, but gradually, I picked up as you can see.

“It is actually a tough time for me, but I later found a way around it. The passion for success is pushing me on in the face of different obstacles.

“I have forgiven my father who thought I was a witch and wanted to kill me. I will prove him wrong and God will see me through my struggles. May God bless Mrs Habibat for believing in me.”

He noted that people living with disability can add a lot of value to the society if given the opportunity to do so.

“I have to confront a lot of roadblocks to get to school. There were times I felt like quitting the struggle to acquire education but the desire to become a successful man at all cost gave me the strength to push on.

I lost my marriage for giving birth to him —Mum

Abdullahi’s mother said: “When I gave birth to him, he came out without hands and we were so afraid of even taking care of him. His father attempted to waste him but people around intervened and God equally spoke to my grandmother.

“God opened her eyes to see his glory and the value of life in such dire circumstances. When we chose to keep him alive to see what he would become in life, his father pushed me out of his house for giving birth to a witch and I lost the marriage till today.

“We wanted to use him for alms begging in a wheelbarrow but he refused. He resisted and insisted that we must put him in school. We didn’t have the money and even wondered why one without hands would go to school.

“But today, we glorify God in his creation. Instead of hearing people say I’m sorry as if Umar  (Abdullahi) had died, I want to hear congratulations. Umar is now a student learning to survive and thrive in this life. We are also going to apologise to him for attempting to dump him in the river to die.”

She told our correspondent that God does not guarantee a trouble-free life or a stress-free marriage, “but our experience has taught us that when life takes a dramatic turn, He is unchanging, even in the worst of circumstances.

“I give glory to God for keeping him alive and giving him the courage to push harder for his life.”

Efforts made by our correspondent to locate Musa Umar, Abdullahi’s biological father, yielded no result as he was said to travelled out of the area. His phone lines were off. 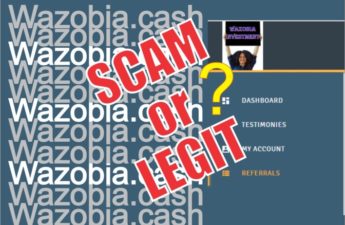 What is Wazobia Cash Investment? Is it LEGIT or SCAM? Read Full Details 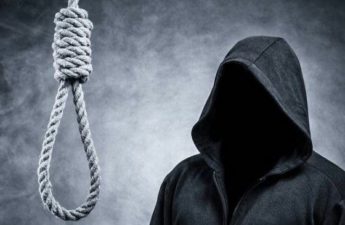 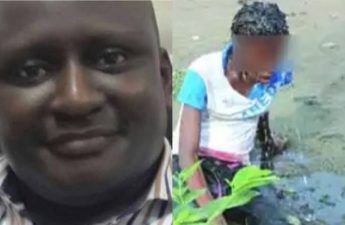