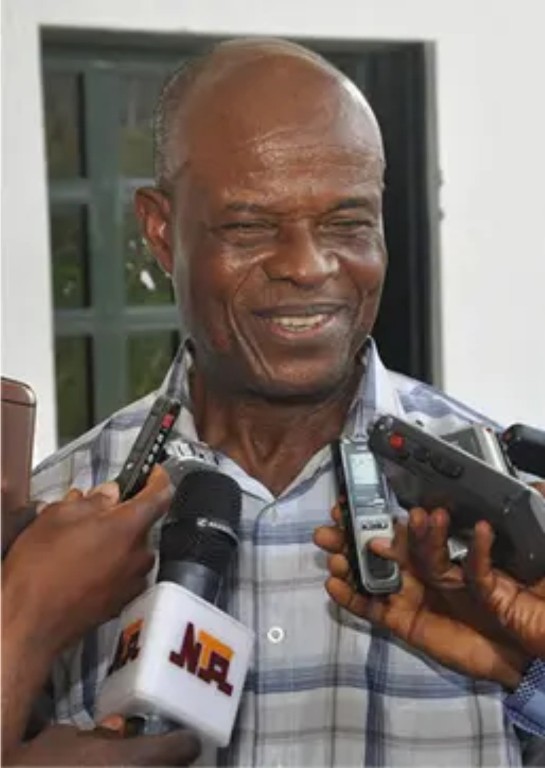 The late Professor of Theoretical Physics and Applied Mathematics reportedly died at a hospital on Thursday, December 26th, 2019.

Prof Amagh Nduka was born in Amankalu, Igbere, in Bende Local Government Area of Abia State. He attended Igbere Primary School and Hope Waddle Training Institution (Calabar) for his primary and secondary school education respectively. And through an American scholarship, he proceeded to the Western world, where he obtained Bachelor of Science degree (University of California, Berkerly, 1965); Masters of Science (Stanford University, 1967), and Doctorate degree in physics, under the supervision of Physics Nobel Laureate – Professor Subramanyan Chandrasekhar (University of Chicago, 1971).

Professor Nduka, who could not stand the colour discrimination in the West, against the wish of his teachers and colleagues, returned to Nigeria in 1974.

He joined the services of the University of Ife as a Senior Lecturer in Physics (1974-81) before transferring to the Federal University of Technology, Owerri, as the Pioneer Professor in the Department of Physics and Mathematics.

A former Vice Chancellor of the Federal University of Technology, Owerri (1987-91), Professor Nduka held two professorships – one in Theoretical Physics and another in Applied Mathematics. He was a Fellow of the Nigerian Institute of Physics (1986), as well as a Member Emeritus of the American Mathematical Society (AMS) and the American Physical Society (APS).

Professor Nduka made many outstanding contributions to science. Most profound is his theory: The Absolute Theory of Science. This theory subsumes all other theories in science, including his Third Revolution Theory in Science after the order of Isaac Newton and Albert Einstein (i.e. first and second revolution respectively). This theory, the absolute theory of science, explains (theoretically and mathematically) nuclear physics, atomic physics, boson physics, nuclear fussion, astrophysics and elementary particle physics – areas of physics which its theorization has since the 1920’s remained static. The theory also provides, for the first time ever, explanations to boson and fermio-boson physics – areas which have eluded physicists since the inception of physical enquiry.

He also created an entirely new mathematics called discrete geometry or quantum mathematics, with which arsenal he made yet another striking contribution by giving a formal theoretical calculation of the mass of the neutrino – one of the most controversial in particle physics.

Professor Nduka, in a paper The Geometrical Theory of the Structure of Nuclei, Atoms and Molecules published in Applied Mathematics (August 2014) unlocked another black-box in the understanding of the atom. In this paper, he gave a formal theory to the treatment of many-electron atoms, an area where the available treatment methods, the Schrondinger and Dirac based approximation methods, have failed to yield correct results. With this, Professor Nduka solved the riddle for which his colleagues in atomic, nuclear and particle physics could not.

Apart from the above contributions, Professor Nduka also developed a very bold and challenging perspective on earthquake and global warming – two of the most well-documented natural phenomena whose origins are yet to be fully understood. His perspective overwhelmingly flawed the claim of environmental scientists that change in the atmospheric greenhouse gas concentrations is the sole cause of global warming, but attributed ultra high energy machines, such as particle accelerators operating in the terra energy range, as the cause of global warming and incessant earthquakes of great vehemence. Such machines, he said, serve as earth’s secondary source of energy and they are the drivers of ultra high energy nuclear reactions here on earth similar in magnitude to those occurring in the sun and stars.

As a highly sought-after scientist, he decided to remain in the country because of the love he had for Nigeria, for having invested so much in his education. More so, he wanted to prove to the West that Africans are good, respective of where they are – be it in a Nigerian or American university.

In fact, while commenting on his contributions to science, he said, “If I were to be in the US, with all these things I’m doing here in Nigeria (referring to his works), I would have won three Nobel Prizes in Science”. The question is: why has this professor not won a Nobel Prize in science? The Royal Swedish Academy of Science, I think, owes Nigerians and Africa at large, some explanations.

Professor Amagh Nduka, was a Professor for over 35 years and the news of his death has thrown the FUTO into mourning.