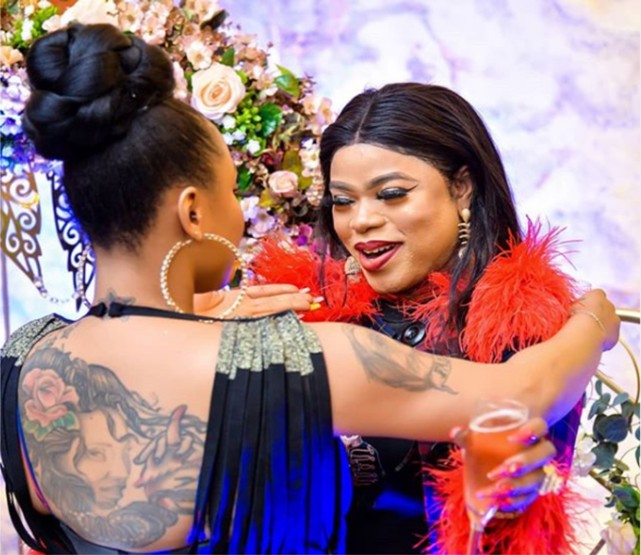 Tonto who is Bobrisky’s ‘bestie’, berated the youths under the umbrella of National Youth Council of Nigeria (NYCN) who went on a protest recently against Bobrisky’s lifestyle. She expressed disappointment that the youths did not go to protest the insecurity that has led to loss of lives, the poor social amenities across the country but have turned Bobrisky’s lifestyle into a National problem.

The youths, during their protest, called on the Inspector General of Police, Mohammed Adamu and the Department of State Services (DSS) to stop the popular cross-dresser and his likes from rubbishing the country’s ”pride and image.”

Speaking on behalf of members of the group who held up placards which condemned the  ”culture” promoted by Bobrisky, the Vice President of NYCN (North Central Zone), Mukhtar Jebba described the activities of Bobrisky as “ungodly, unhealthy and disgusting.”

Tonto Dikeh in her reaction said, ‘our country is collapsing by the day and some youth actually took time to stage a paid protest against Bobrisky? Mahn, fuck your culture and before you insult me fuck you too’.