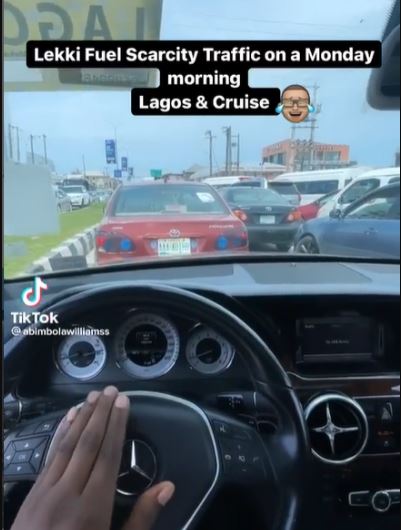 A motorist has shared a hilarious video of how drivers in Lagos State are cheering themselves up in the face of fuel scarcity.

As the scarcity of fuel bites hard in some parts of the state, some drivers were captured on camera entertaining themselves with their car horns.

The drivers cheered themselves up while on long queues for fuel. Watch the video below.